During Residens Angered Lars Raattamaa is working on the project “The Fourth Urban Revolution, Angered, Gårdsten, Hammarkullen” which will result in a book and an exhibition.

Lars Raattamaa is a writer and an architect 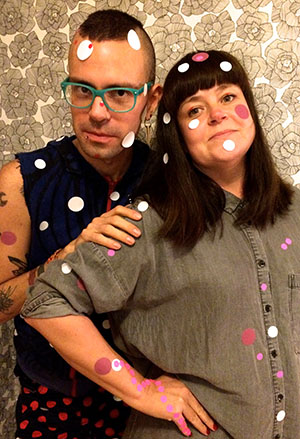 Angered residency is happy to present you artists Zafire Vrba and Johanna Gustavsson who come during spring to carry out their artistic project in Angered at Blå Ställets exhibition hall as well as in Konstepidemin near Linnéplatsen.

Angered Residence is run by Konstepidemin, Konsthallen Blå Stället, Kultur i Väst with the support of Gothenburg city and of Västra Götalandsregionen. By choosing two artists with strong political commitment and artistic lucidity we want to raise relevant questions about who art is addressed to and about what role, position and meaning there are for artistic, social and political processes.

Residence in Angered invite artists to developing local projects, through its location and cooperation with locals. Residence gives also time for discussion, meetings, workshops and lectures. Blå Stället, Konstepidemin and Kultur i Väst all want to create new ways in art. This does not just deal with giving artists new places to exhibit their work, but also with making art be a place to think and give attention to developing from one’s own conditions.

During spring Gustavsson and Vrba will hold a Diversity class – a critical class about white supremacy norms within art and feminism. This class will be held at Konstepidemin during the whole residence period. Diversity class is held by feminist artists who are not exposed to racism themselves, but the purpose is a critical review, and finding strategies to counteract white supremacy norms which strongly exist in the art world and in the society.

In May Blå Stallets exhibition hall will be turned into a collective workshop for posters production. This way, among others, students and staff from the previous Angered Studio are invited to deal with “conflict” subject. The expectation is to discuss with different artists about space and background and to work like artists and about the significance of places as for example Blå Stället and Konstepidemin. Konstepidemin is Sweden’s biggest workplace for independent artists. Angered workshop was a very successful artistic preparatory training class in Angered between 2001-2011. Collective workshops’ prints/posters will be put together in an exhibition in Blå Ställets konsthall between May 29th and June 18th 2015

Johanna Gustavsson works as an artist and an educationist. Through texts, performance, interactions and feminist actions she grabs a subject/material related to body, class and skin colour. Johanna has taken part in several collaborations among other things radical educationist, MFK: Malmö Fria Kvinnouniversitet, JA! Association, I want a president…, Nobody Puts Baby In A Corner, and Produktionsenhetent. Johanna graduated National University College of Fine Arts Valand in Gothenburg and Whitney Independent Study Program in New York.

Zafire Vrba is an artist and an educationist with a work area which comprise pedagogy, performance, video, photography and texts. His work investigates security, reproduction, lust, religion and transpolitics. Zafire is also broadcaster on Utbildningsradio and works with the Unstraight Museum. Zafire graduated Angered Studio in Gothenburg and Nyckelviksskolan in Stockholm. 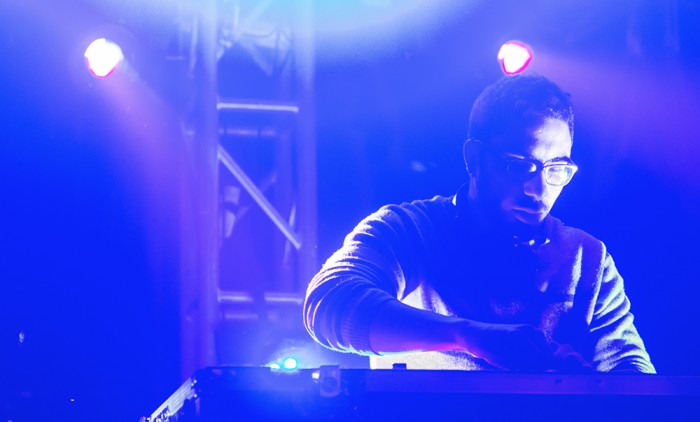 The pilot project artist-in-residence in Angered began during autumn 2014. Konstepidemin has initiated an artist residence which we run in collaboration with Kulturhuset Blå Stället, Kultur i Väst and Angeredsteatern. This initiative comes from the analysis that Gothenburg’s art scene is in many ways closed and difficult to become part of. The goal of the Angered residence is to create and strengthen relationships, to separate artistry, detaching cultural workers from operators working within councils for cultural affairs. Through art we will set important questions about politics, responsibility, participation and democracy.

Egyptian musician Ismail Hosny was the first artist artist to be invited at Angered Residence. He is working as an electronic musician, producer and DJ based in Cairo where he is part of the vivid musical scene. During three months our guest Ismail Hosny had Angered as a workspace, working on his own art – a music project and an exchange with artistic life in West Sweden, but also assist/contribute as a DJ in “Revolution” production at Angered theatre and as an artist in Crisis-Populism-Art project for Konstepidemin.

Residence in Angered invite artistic practitioners to develop local projects, through its location and the dialogue with locals. Residence gives also time for discussion, meetings, workshops and lectures. Blå Stället, Konstepidemin and Kultur i Väst all want to create new ways in art. This does not deal with giving artists new places to exhibit their work, but with making art be a place to think and give attention to developing from one’s own conditions.

Guest artist Ismael Hosny is based in Cairo, where he works as an electronic musician both as a solo artist and with various collective projects. In Angered Hosny came to work as a DJ in “Revolution” production which was premiered on November 14th  2014 in Andra Stället. Hosny also takes part in Crisis-Populism-Art project at Konstepidemin together with other international and local artists. Crisis-Populism-Art will be shown in May 2015 at Galleri Konstepidemin.

Residence Angered is run by Konsthallen Blå Stället, Konstepidemin, Angered Theatre and Kultur i Väst with the support of Gothenburg city.