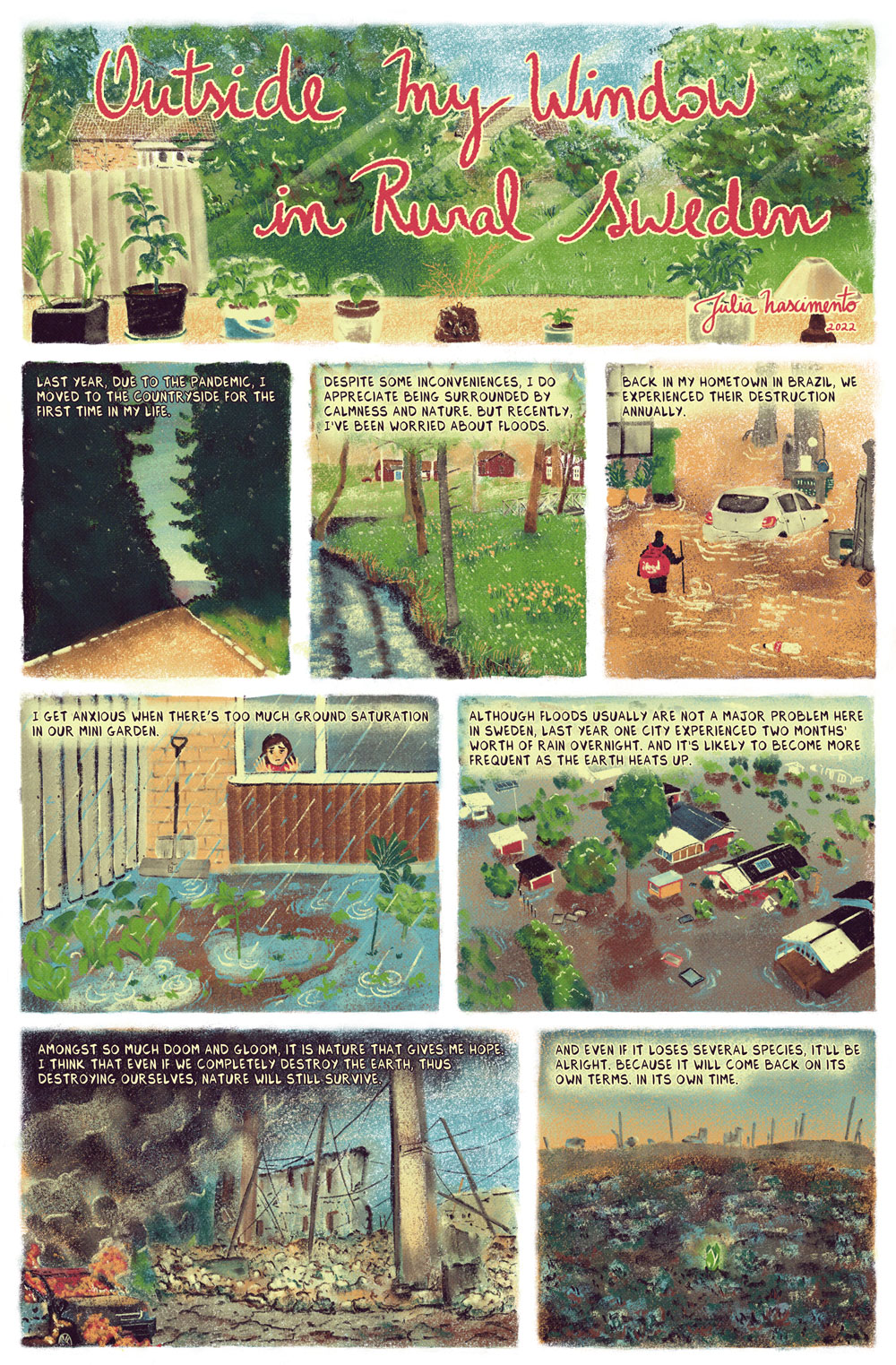 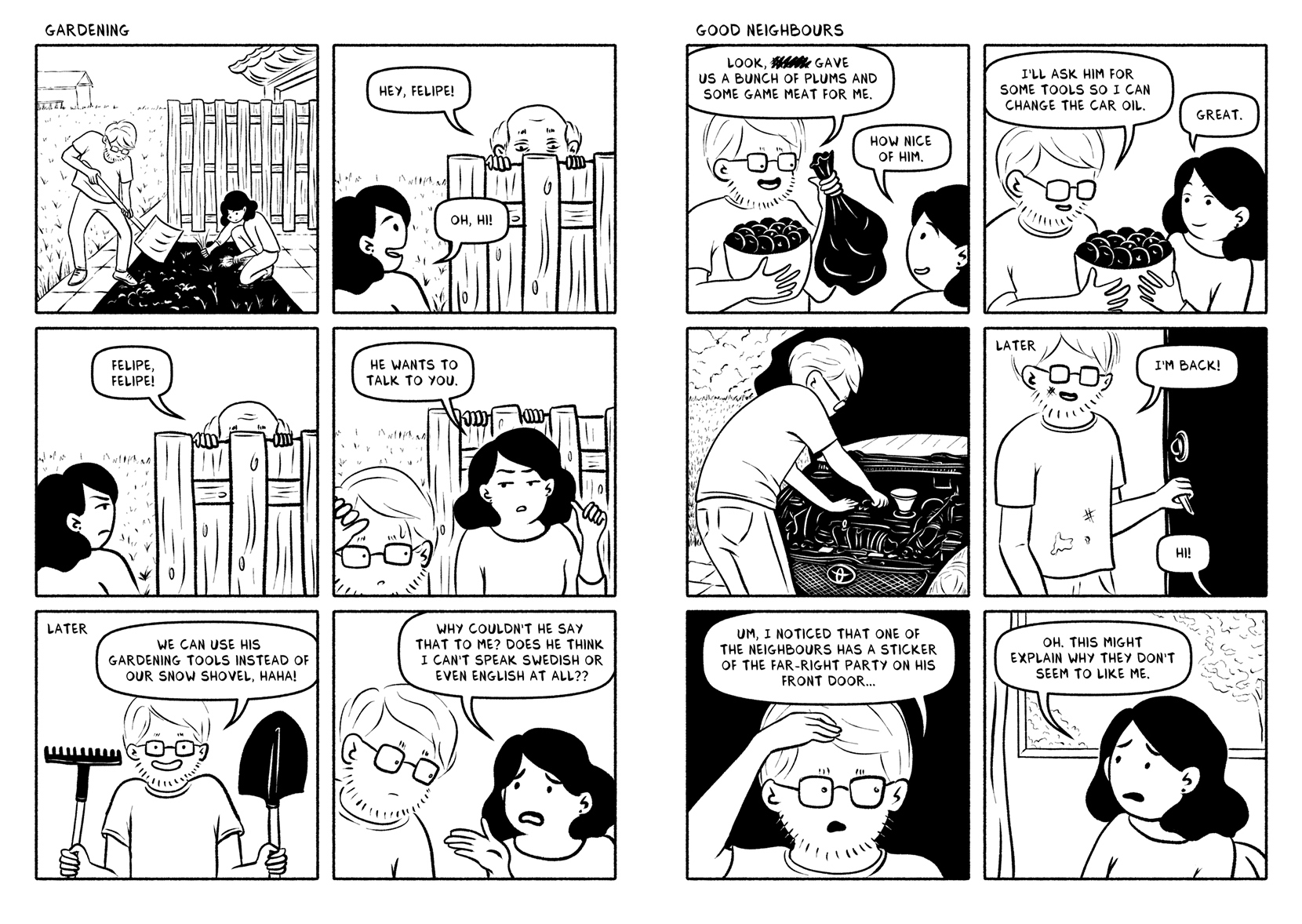 I tell stories through images and words.
Six years ago, I started creating comics and visual narratives as part of my artistic practice. These stories are mainly about my experience as a foreigner in other countries, from a multicultural perspective of the world. Besides autobiographical themes, I also make journalistic comics covering topics such as climate change, racism, and transphobia.
After I moved from Japan to Sweden, the idea of “Living Nowhere” was born, a story about an immigrant couple that, after living in the two largest cities of Sweden, decides to move to the countryside for the first time in their lives during a pandemic. There, they find not only the different lifestyle of a tiny village in the middle of nowhere, but also new neighbours, beautiful landscapes and the persistent smell of manure. The story contents are anecdotes that I have been collecting since the beginning of 2021 and it deals with the themes of isolation, cultural clash, and nature.
This book has been my main project since the end of 2021, and in this residence, I will proofread the text in English and start translating it to Swedish.

Julia Nascimento is a Brazilian illustrator and cartoonist with art, fashion, and research backgrounds. Employing a multidisciplinary and multicultural approach to her work, she is passionate about autobiographical narratives and collaborations.
While living in Japan for almost a decade she pursued postgraduate studies in fashion and worked in different sectors of the fashion industry. In 2017 she launched her career in illustration and comics, and in 2018 she co-founded ToCo – the Tokyo Collective, an editorial and curatorial project that promotes visual story anthologies about the Japanese metropolis.
Currently based in the countryside of Sweden, Julia Nascimento has her work published in books and periodicals around the world such as The Japan Times (JP), The Believer (US), and Bild&Bubbla (SE).