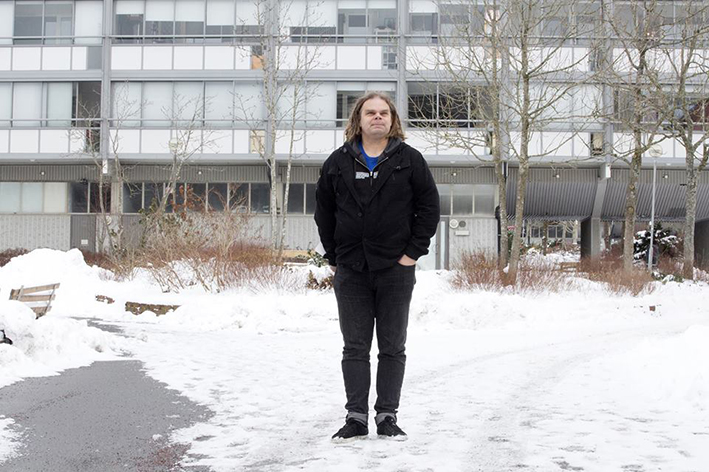 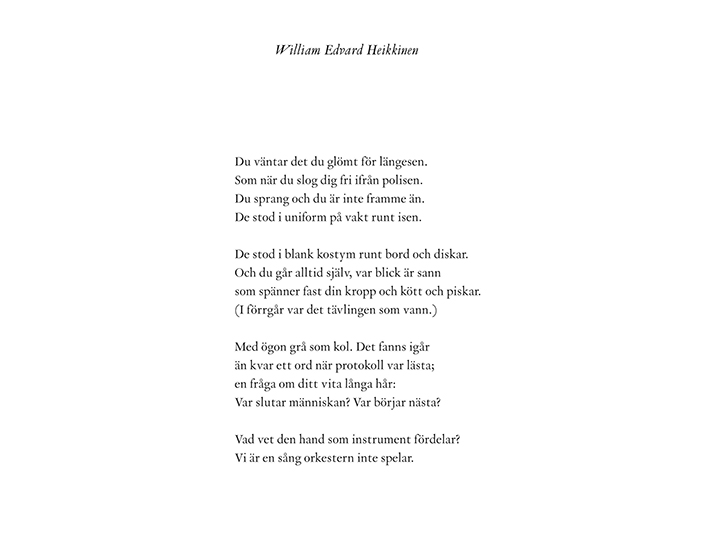 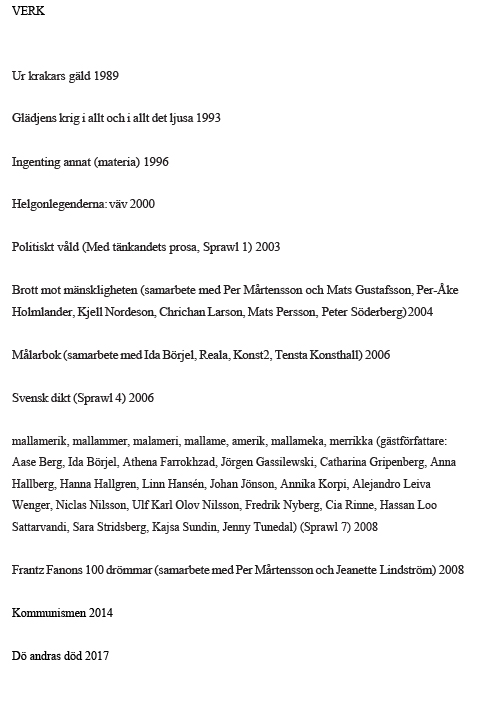 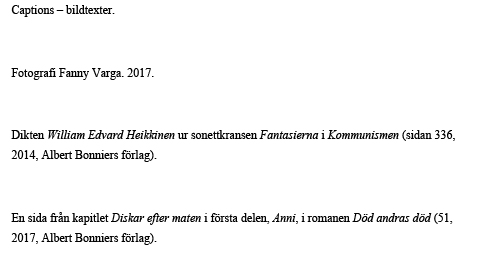 I published my first book in the last year of the Berlin Wall, 1989. The name of the book is Ur Krakars Gäld. I live in a suburb close to Stockholm. I studied architecture in the nineties, then I stopped listen to pop music. I listened to the Southern Gothic of Gillian Welch and P J Harvey. I entered the new millennium together with my fourth book Helgonlegenderna:väv, a few weeks after Margarete Schütte-Lihozky died. She is the most copied architect of the 20th century. But nobody knows her name. My mother comes from Saivomuotka in Tornedalen, as far north you can go. As architect I work on the floor. I wrote Kommunismen. The year was 2014. That is my last poetry book. It was my ninth book. Three years later I made a novel instead. The name of the book is Dö Andras Död. It is about building worlds, giving up, and yet build again.