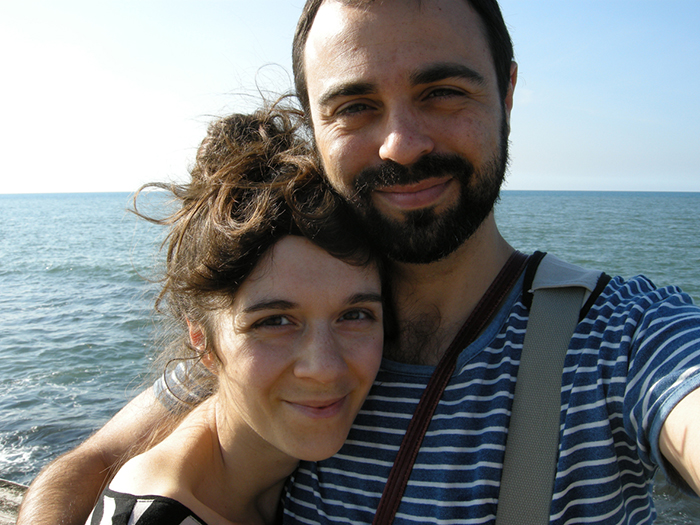 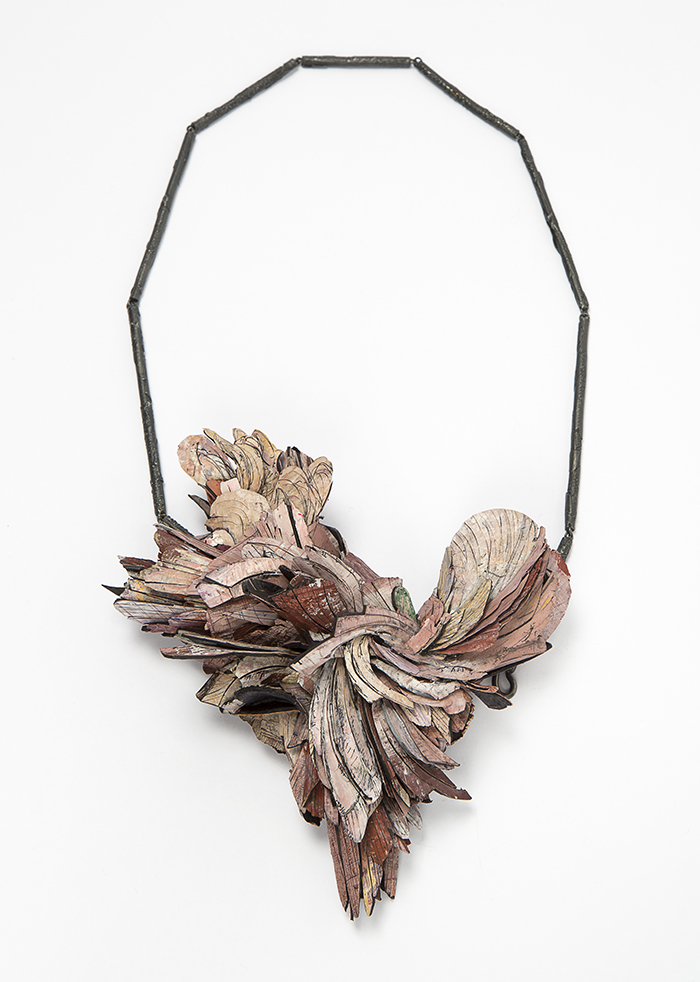 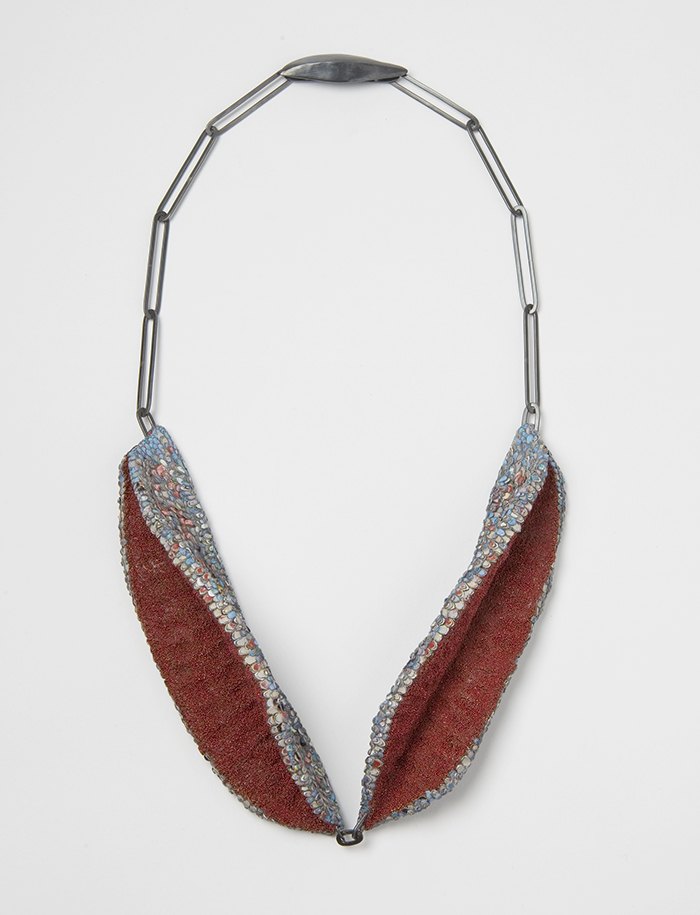 Carina Shoshtary and Attai Chen are jewellery artists based in Munich, Germany. During April 2017 they are artists in residence at Konstepidemin.

Carina Shoshtary describes herself as a kind of modern hunter- gatherer as she finds the materials for her artworks in her immediate surroundings. Her choice of materials is often unusual: Graffiti from a heavily sprayed wall in the city, old bobbin laces found in a cellar or the plastic nets of shower sponges. All her materials have had a previous “life”, a former use and meaning.
With scientific curiosity and sensitive intuition, Shoshtary reveals the potential of these materials playfully and transforms them into otherwordly jewellery pieces. Artifacts of a past civilization, fossils from another planet or the ornaments of fabled beings, the distinctive impression of Shoshtary’s pieces depict her own view of a parallel imaginary world, but leaves enough space for the viewer to experience them within his/her own realm of imagination.

Attai Chen describes his work as primarily based on an inquiry into the nature of matter. In the process of working Chen approaches the different materials with the intention to establish a form of dialogue with it. “Into this dialogue I bring images that have certain acute bearing on my mind, images that inspire and keep me preoccupied with, notions that in most cases are not clearly defined. The material brings in its unique characteristics, its specific history, and amenability to diverse cultural interpretation.”

Carina Shoshtary was born in 1979 in Augsburg, Germany, and is of German and Iranian descent. She trained as a goldsmith in Neugablonz, Germany, from 2001 to 2004 and studied jewellery under Professor Otto Künzli at the Academy of Fine Arts Munich, from 2006 to 2012. She has exhibited internationally in galleries and museums including the Museum of Applied Arts, Frankfurt, Germany, the Pinakothek der Moderne, Munich, Germany, Sienna Gallery, Lenox, USA, Cheongju International Craft Biennale 2013, Cheongju, Republic of Korea and the Ruthin Craft Centre, Ruthin, England. Her work is in the public collections of the Rotasa Foundation, California, USA, the Röhsska Museum, Gothenburg, Sweden, and the International Design Museum, Munich, Germany. In 2012 she was awarded the Bavarian State Prize for Emerging Designers and the Upper Bavarian Prize for Applied Arts. She was a finalist for the sponsorship award of the city of Munich in 2013 and the Art Jewelry Artist Award in 2016. Since 2015 she is writing the KARMA CHROMA blog about art and colours.
www.where-to-put-it.com

Attai Chen was born in 1979 in Jerusalem, Israel. Since 2007, lives and works in Munich, Germany. In 2006 Chen graduated receiving his first degree (B.F.A) from the Bezalel Academy of Arts and Design, Jerusalem, the department of Jewellery and Fashion. In 2012 he graduated from Professor Otto Künzli’s class at the Academy of Fine Arts Munich. His work is shown in the following collections, among others: Arkansas Arts Center, Arkansas (US);The Coda Museum, Apeldoorn (NL); The Donna Schneier Collection, The Metropolitan Museum of Art, New York (US); The Rotasa Foundation, California, (US); Helen Drutt Collection, Philadelphia; The International Design Museum Munich (DE); The Tel Aviv Museum of Art, Tel-Aviv (IL); The Israeli Museum of Art, Jerusalem (IL).
www.klimt02.net/jewellers/attai-chen