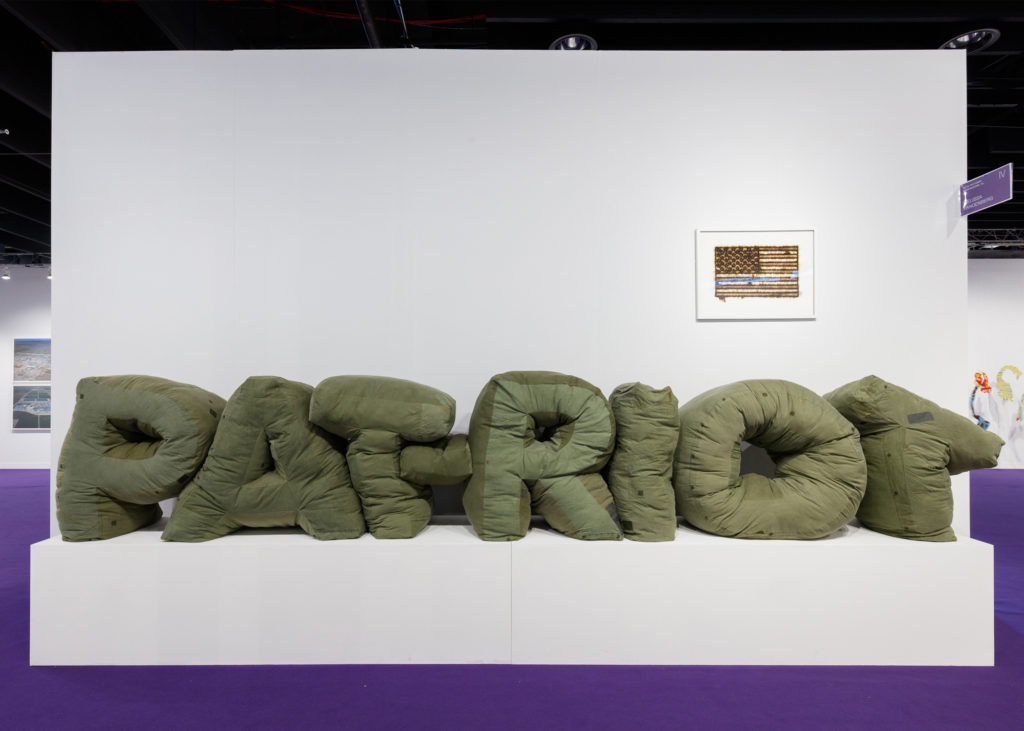 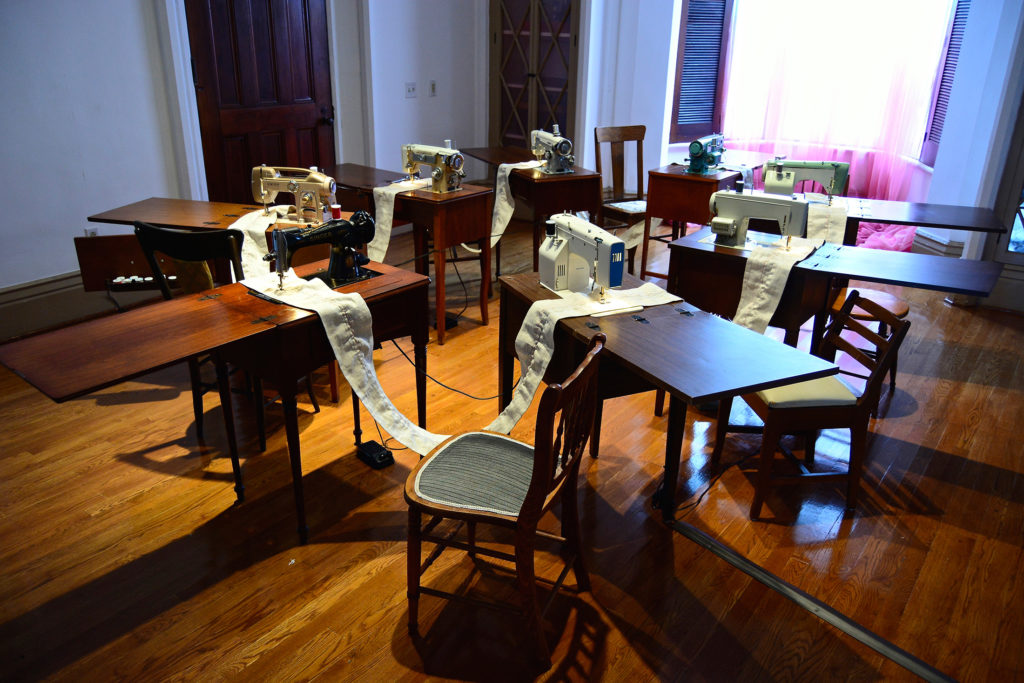 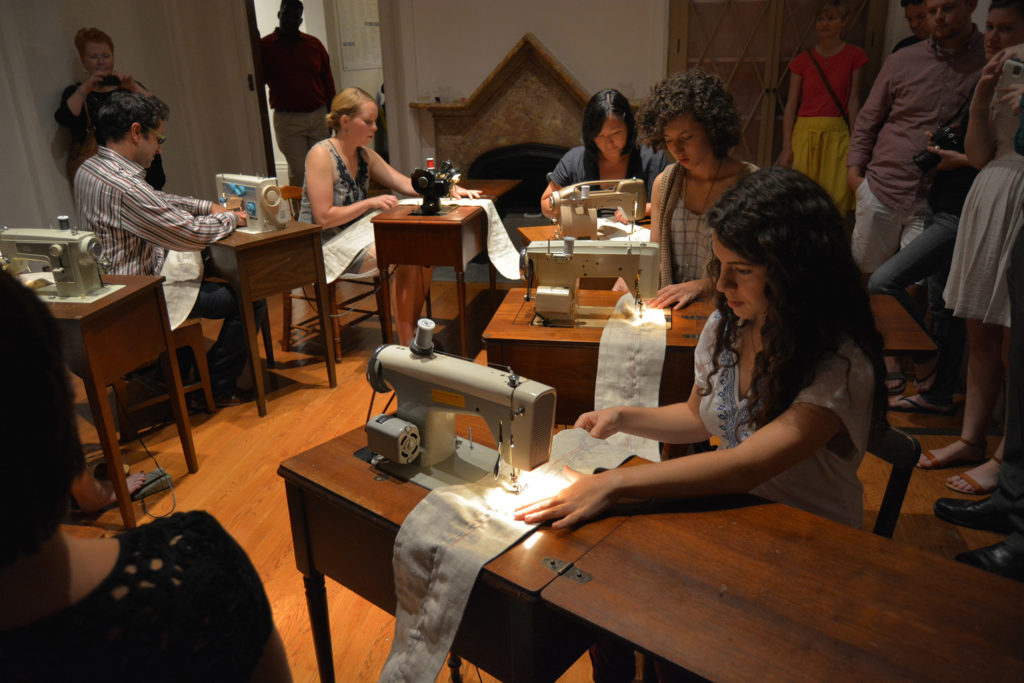 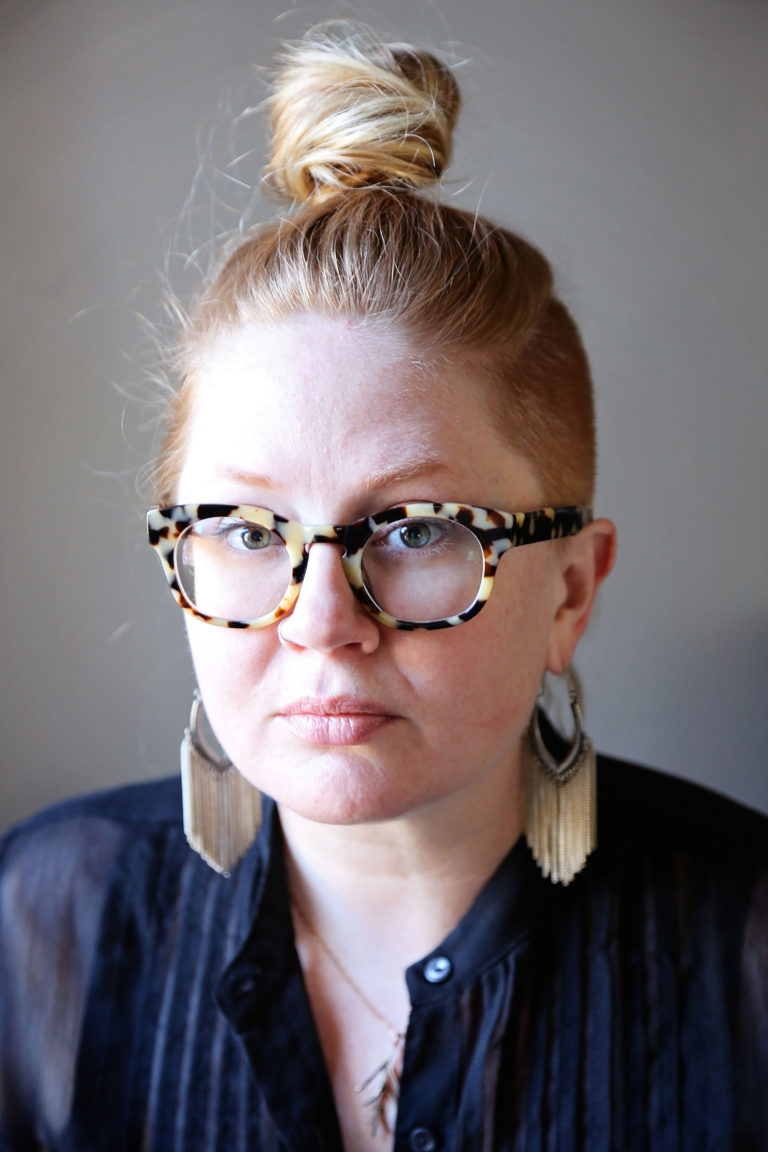 Permanence is an illusion and power an apparition.

“With ordinary materials my work addresses the fleeting nature of power and a lack of permanence with both the tangible and metaphysical. Inspiration is garnered from Americana relics, eastern religious practices and an overall nostalgia for vintage materials. We impose metaphors on objects and possessions, which affects our stories and iconography. I favor flags, maps, Buddha silhouettes, house shapes, and gravestones–altering them into antagonistic forms. Questions surrounding patriotism, pride and partisanship begin to emerge in work that is both satirical and idealistic. The results are overwhelmingly about mortality, but not exclusively dark or negative. Subtexts touch on resurrection, reincarnation and recycling.

Much of the work is made with ordinary media like matches, quilts, stickers, popsicles, temporary tattoos and other domicile goods. I am partial towards the “familiar,” in hopes of making the challenging subjects addressed in the work more accessible. There is not one mode or material preferred over another, but I gravitate towards soft sculpture, work on paper, installation and interactive performance.

My upbringing in Detroit, a manufacturing “Rust Belt” metropolis, combined with a Southern “make do” perseverance, has had an enormous impact on my work. Repetition is a predominant motif, reminiscent of assembly line manufacturing–combined with the hand-made (aka woman-made) philosophies. Growing nationalism, particularly in the US, motivates work that questions the notion of a “homeland” and how global and national identities shape personal identity.”

About Melissa Ann Vandenberg: Born and educated in Detroit, Melissa is a multidisciplinary artist, educator, and curator based in the United States. Her studio practice explores political landscapes using national identity, folk art, ancestry, and skewed perceptions of a homeland as creative catalyst. She gravitates to everyday materials like matches, fabric, wood, and other commonplace objects. She has exhibited in Canada, Germany, Luxembourg, Iceland, and throughout the US. Melissa received a BFA from Center for Creative Studies in Detroit, and a MFA from Southern Illinois University Carbondale. She is the recipient of numerous grants including a Kentucky Foundation for Women grant, the Al Smith Fellowship, a Great Meadows Foundation grant, and was shortlisted for the Luxembourg Art Prize in 2016. Melissa is a professor at Eastern Kentucky University. Melissa is represented by Maus Contemporary in Birmingham, AL, USA.