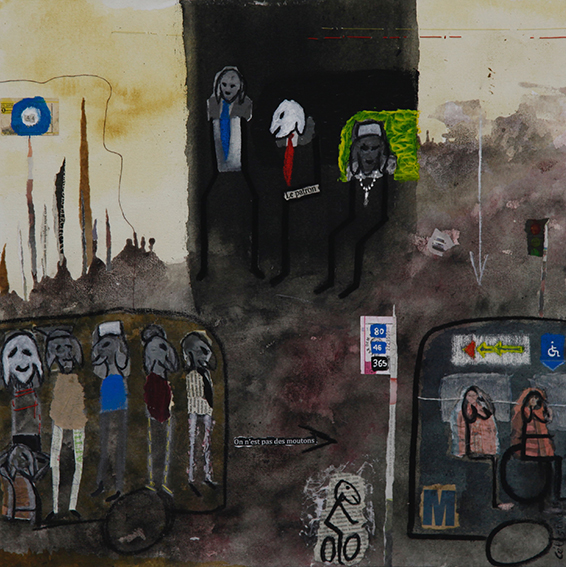 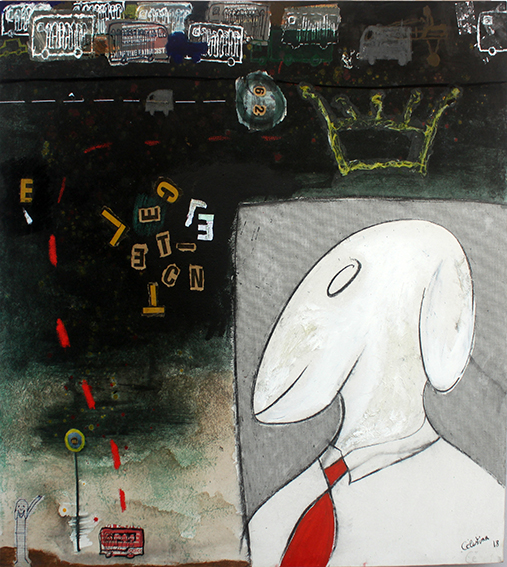 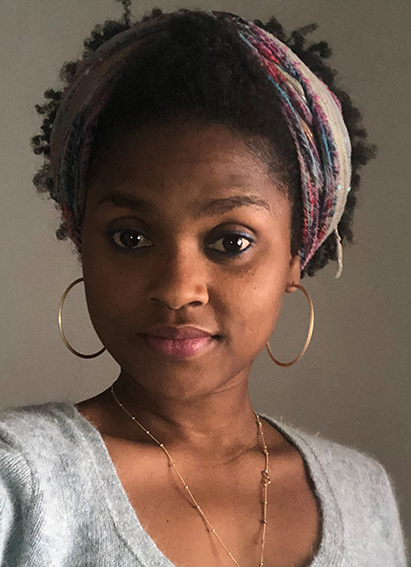 Celestina ’s work finds its inspiration in everyday life, through observation and analysis of the world as she encounters it. The artist sets her sights on society and her experience of daily life to create an imaginary world based on her observations of the real one.

As a bus commuter in Senegal, she developed a visual language based on passengers’ behaviour and words. Based on her “field observations”, the artist began to compare the comportment of passengers to that of sheep, squeezed together, hanging from the bars “like prisoners in a hot, narrow rectangular box”. Using painting, collage (with found objects), and sewing, Célestina seeks to recreate and share her observations and experience of this sense of confinement. Her considerations are informed by a desire to reveal the different experiences of the middle class and the wealthy, with the intent of sharing her observations with those who regularly endure these situations, as well as those who are responsible for them.

“I have a mental image that stays with me. A dark night-time view of a rectangular, illuminated box with shadowy figures within. With haggard faces and blank stares, they huddle together inertly, like a large cut stone. In parallel, a large cube, dimly lit but luxurious, with a solitary, docile man wearing a business suit and a dejected look on his face.”

Amy Célestina Ndione was born in 1988 in Ziguinchor, Senegal. She studied at the École Nationale des Arts of Dakar (ENA), obtaining a diploma in graphic arts in 2015. She worked in animation whith piniang in the movie: La Quete in 2016 Celestina participated in the artistic projet “Lieu Commun” in 2017 and 2018 with Atelier Graphouie at bruxelle and Kakatar Studio in Dakar .