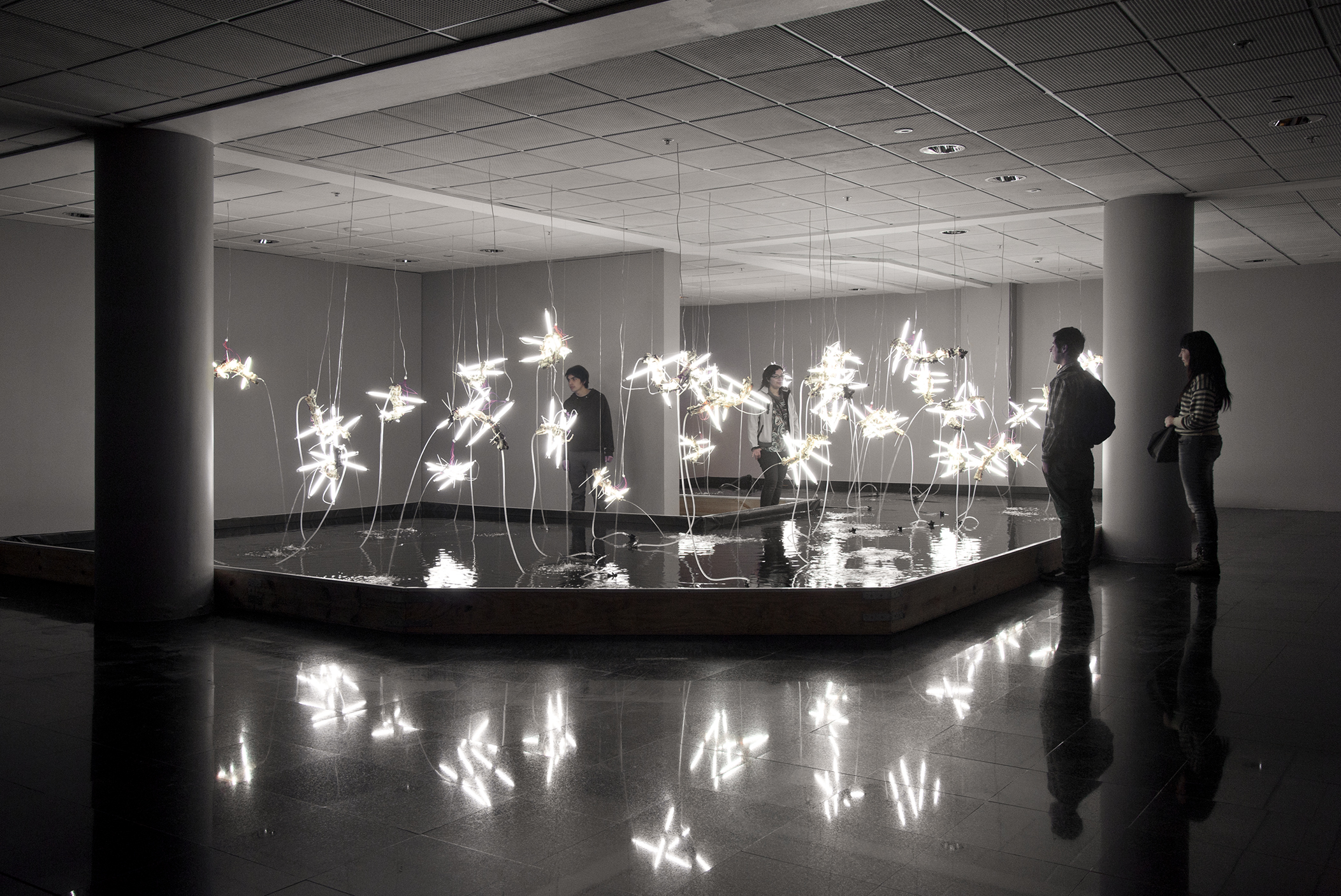 33 sculptural fountains made with resin, bones, fluorescent tubes and electrical circuits. Each piece acts as a detached fragment of the DNA chain, which harmonically suspended and reflected in the water, make up a scene that aims to point out concepts related to life and death, love and hate, pleasure and pain, which they intensify with the tension between electricity and water. 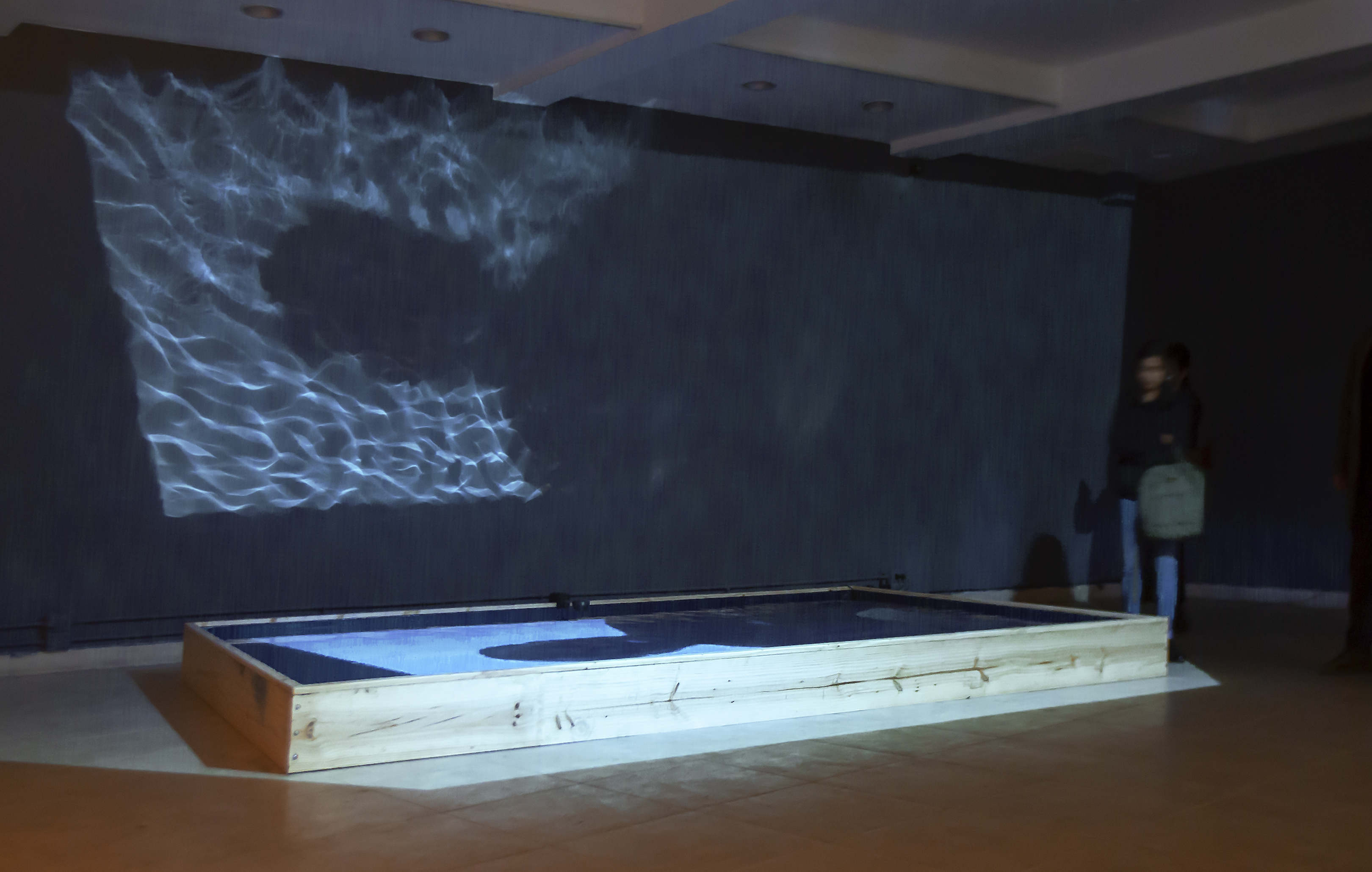 “From the beginning, my artistic work has been characterized by research associated with other professionals from different fields, explorations through which I have constructed poetic and political stories. In recent years I have worked on two research series, both taking autobiographical experiences as a starting point:

One is the series –Trazo Mutable – where the works are constructed through a nomadic laboratory that maps territories and collects stories of people marked by migration through interviews, where the micro-story and direct testimony are the starting point to develop each work.

The second is the series – DNA Project -, where I have worked on the so-called “genetic profile”, the pattern of short DNA fragments that, when ordered, give the identity of a living being, in an unrepeatable combination. This research tells us about the search for disappeared identities but also about flora species that are about to become extinct ”.