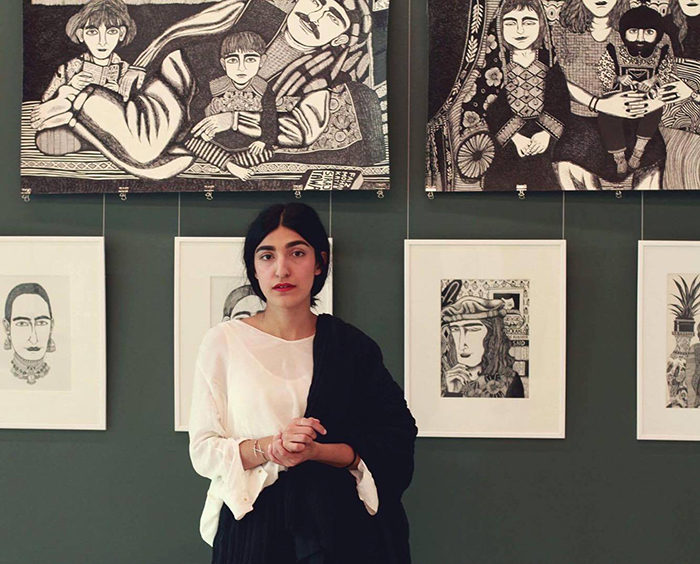 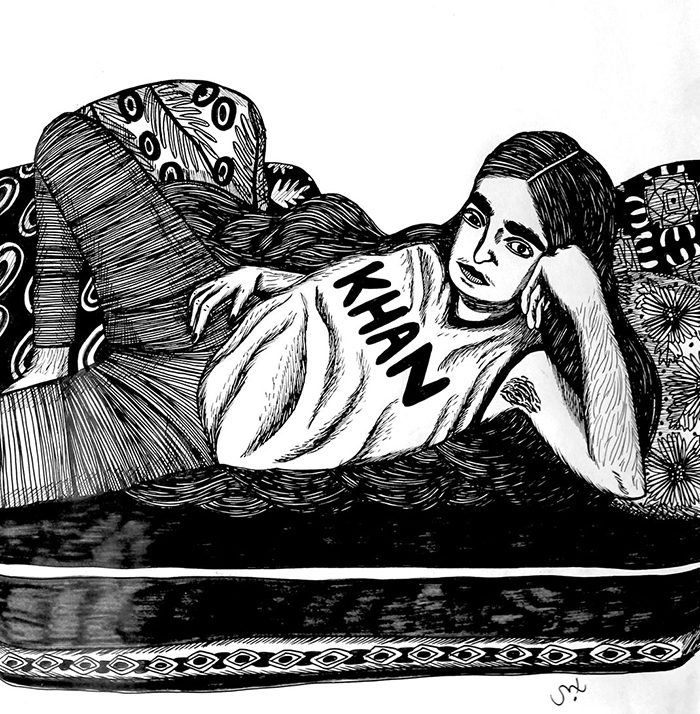 Moshtari Hilal (b. Kabul) is an artist and illustrator based in Hamburg, Germany.
IASPIS Grant holder and Artist in Residence at Konstepidemin July 31th – September 30th 2017.

Moshtari Hilal is self taught in art and studied Middle-Eastern-Studies and politics in Hamburg and focused on Postcolonial and Gender Theory. With her body of often semi-autobiographical work, she aims to generate an understanding for the complexity of marginalized identities and create another visual language. Her work and work process could also be described as complex realities through surreal aesthetics, between critical theory and therapeutic detail work, analogue handwork and digital networks. Her portraits explore the possibilities of beauty and storytelling within a political environment through faces and portraits. In the press her art was described as “trauma themed ink” by The New York Times and her artistic practice as “a creative denial of the cultural power of enduring colonial attitudes about societies beyond Europe and the diasporic descendants of non-European cultures and histories” by the independent online magazine Kajal Mag.

Her work was already on display in Germany, Afghanistan, Denmark, Austria, USA, Canada and printed in transnational publications and discussed on several political penal talsk. Since July 2017 she is a co-founder of Nachbild Kollektiv, an interdisciplinary arts collective in Germany which aims to create new forms of aesthetics and visual arts beyond stigmatizing and essentialist spaces. Nachbild curates digital spaces, empty spaces within our society, exhibitions and physical encounters with other female* artists of color. (*queer)