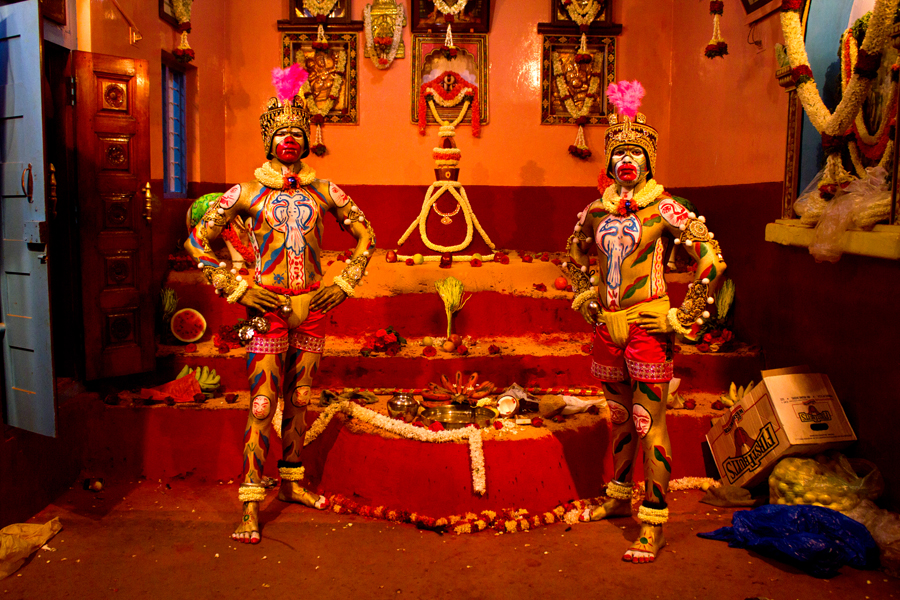 These documentary images burst through the sterile sheen of Bangalore – a growing metropolis –  to capture a city still trembling with ecstasy. In this series, we encounter citizens straddling, stitching and splitting the single story told about this deeply, diverse city. We see these citizens shake, shiver and shudder, transforming the mundane into the magical. We see the persistence of the atavistic, the ancient, the anachronistic. We learn the other stories of our collective home.

“It isn’t that these communities and characters are stuck in the past. It isn’t that they are tasked with being the keepers of ritual, performance and tradition. It isn’t simply their ability to engage with the contemporary and then completely erase it on occasion. It’s rather that they make wiggle room in the annals of history possible. It’s their knowing that the main roads of this city might be jammed with aspiration, might lead to the dreams of the shiny metropolis but it’s the magic in the little lanes, streets and nooks that gives it joy. It’s in these forgotten corners that the single narrative of the city is demolished, dismantled and destroyed. We have to contend with the fact: there’s so much more to living in this city, there’s so much more to claiming it and belonging to it.”