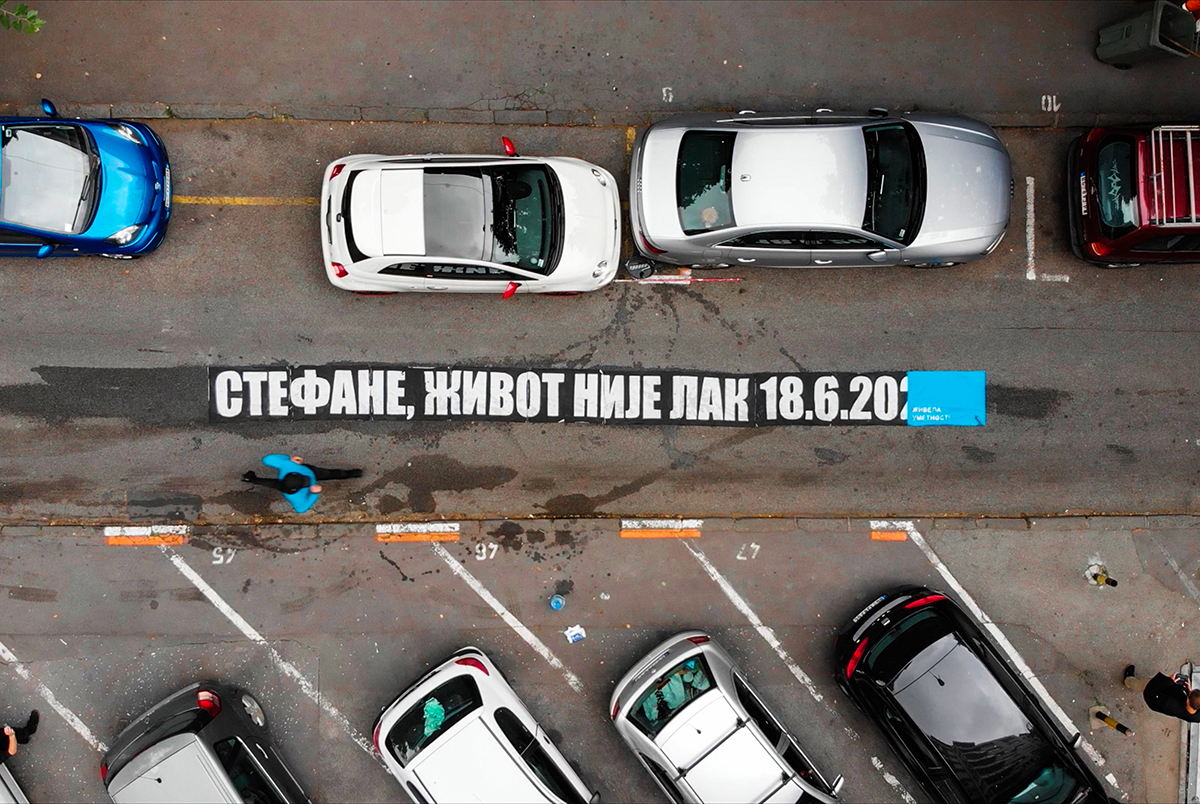 As Far as My Feet Will Carry Me! , drawing-event (durational performance) 2020 Photo M.Jankovic 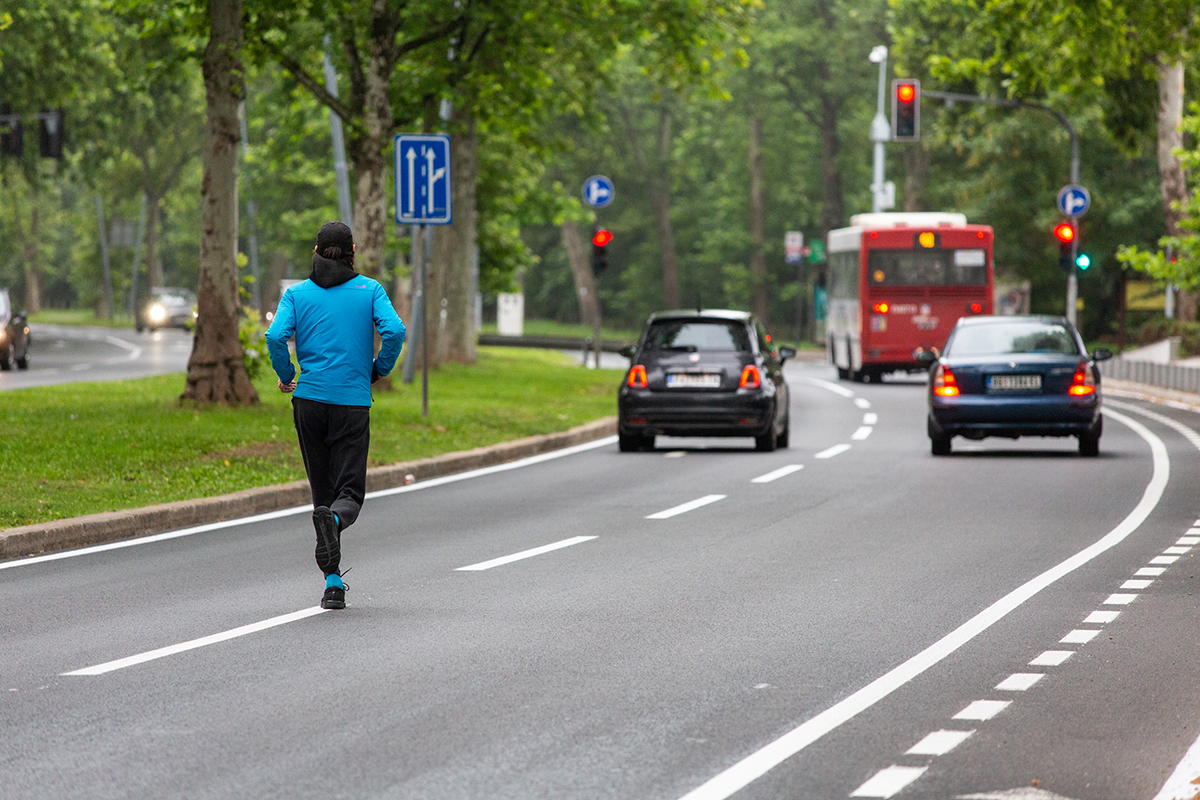 As Far as My Feet Will Carry Me! , drawing-event (durational performance) 2020 Photo M.Jankovic

Stefan Lukić (1985) is a Serbian visual and performance artist whose vision is to record the universal state of being in transit, migration, and while on the road. He is intrigued by travellers and eyewitnesses and so he presents them through his art. Roads, distances, and we as travellers become the connection between places, ideas and people.

Paintings of Stefan Lukić almost allways speak about the proces of seraching, and tranistion points – expresing the feelings of constant flux, moving that never ends. He reminds us that it is all about the journey , and not about the destination. He values the wanderings on the road, and less the final goal. In his paintings you’ll find how we are seeking, and not what we are seeking.

Short bio:
Stefan Lukić graduated from the Faculty of Applied Arts in Belgrade in 2018. He spent his third year of Bachelor studies at the Academy of Fine Arts in Paris (ENSBA). He is currently a student of Master studies at the Faculty of Fine Arts in Belgrade. He attended the Homesession residence in Barcelona 2021, Masterclass at the Royal Academy in Amsterdam (Rijksakademie van beeldende kunsten) in 2019. He received the Award for Best Painter of the Year by the Faculty of Applied Arts in 2016. He has exhibited in solo and group shows in Barcelona, Monte Carlo, Milan, Paris, Belgrade, Novi Sad, Niš and Kragujevac amongst others. He’s currently living and working in Belgrade.