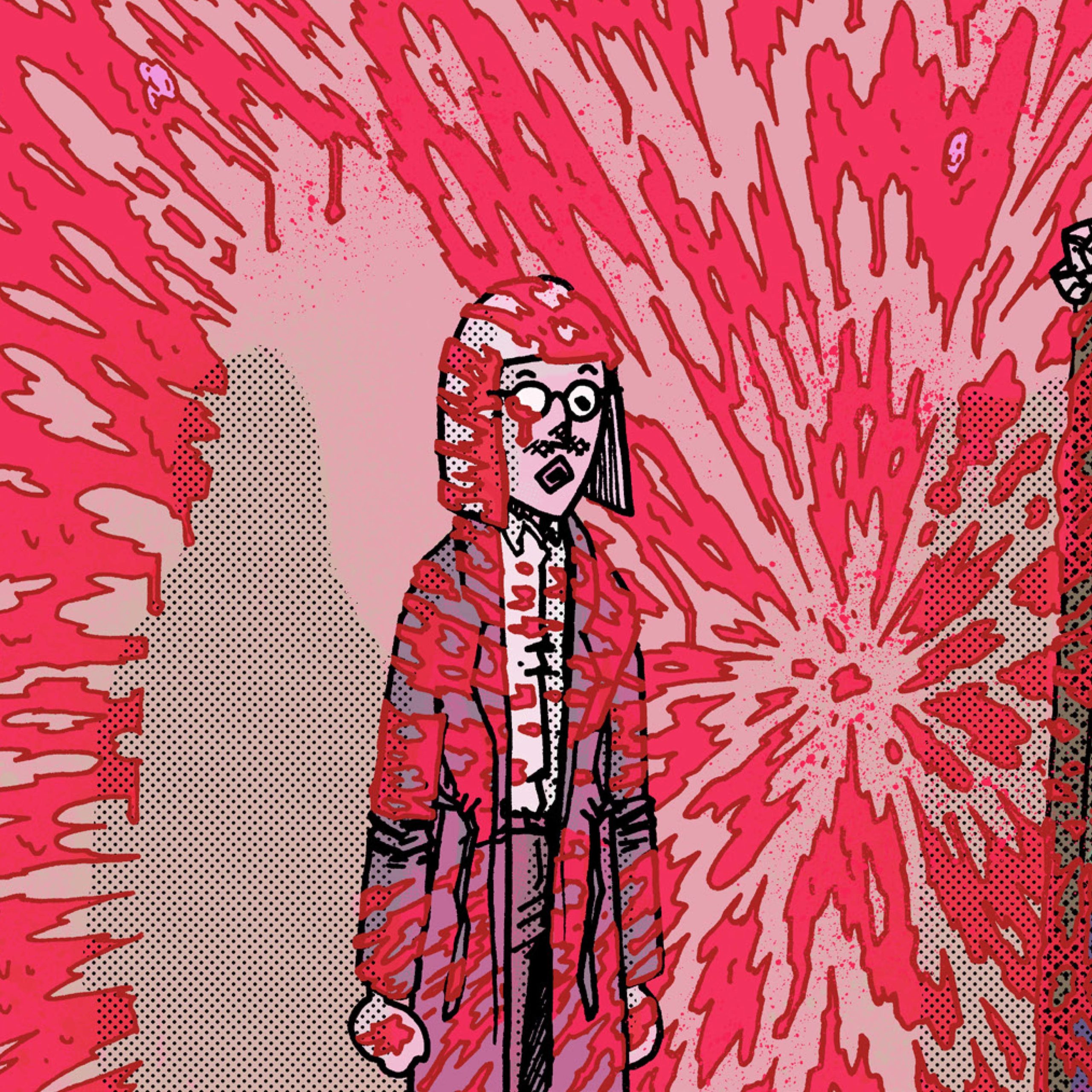 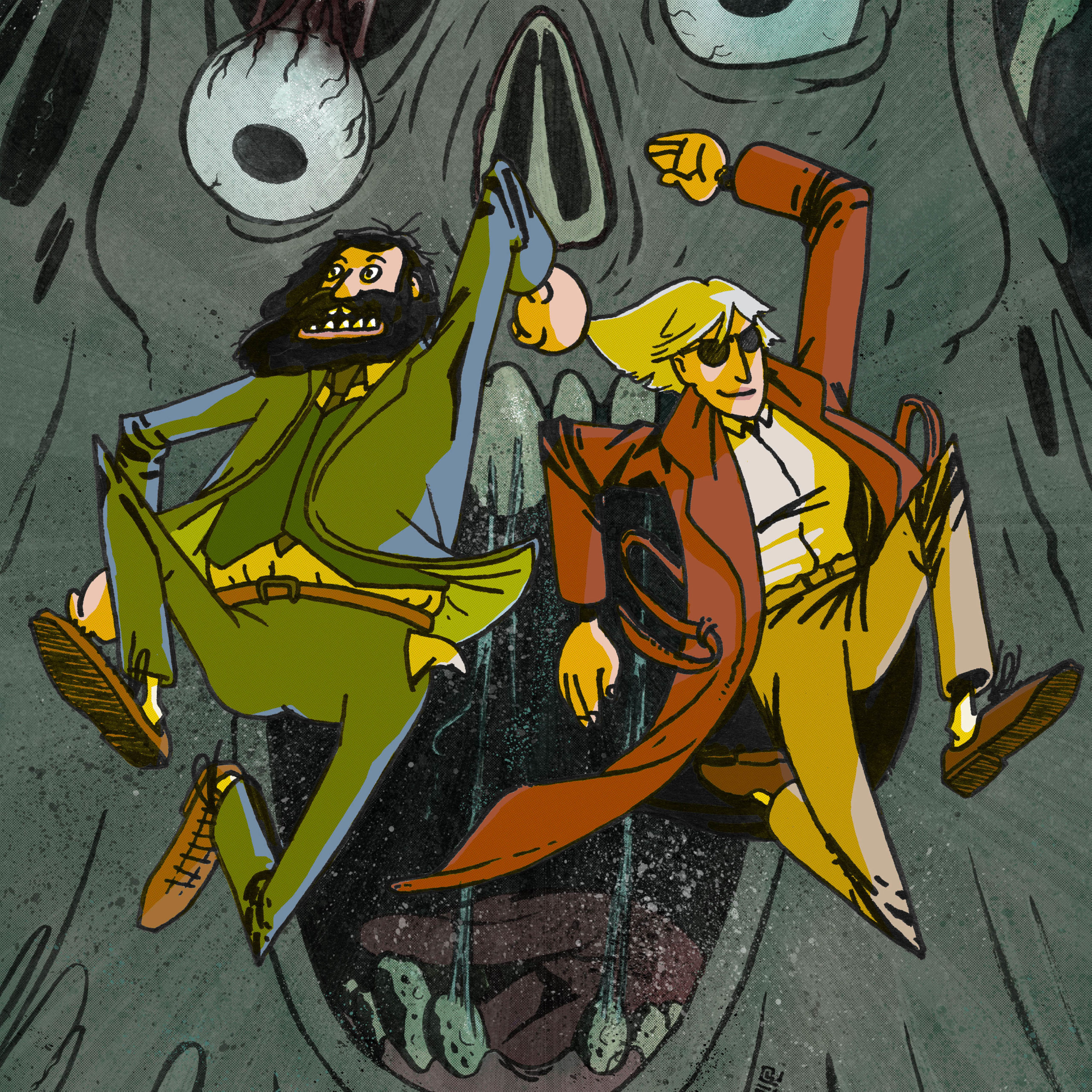 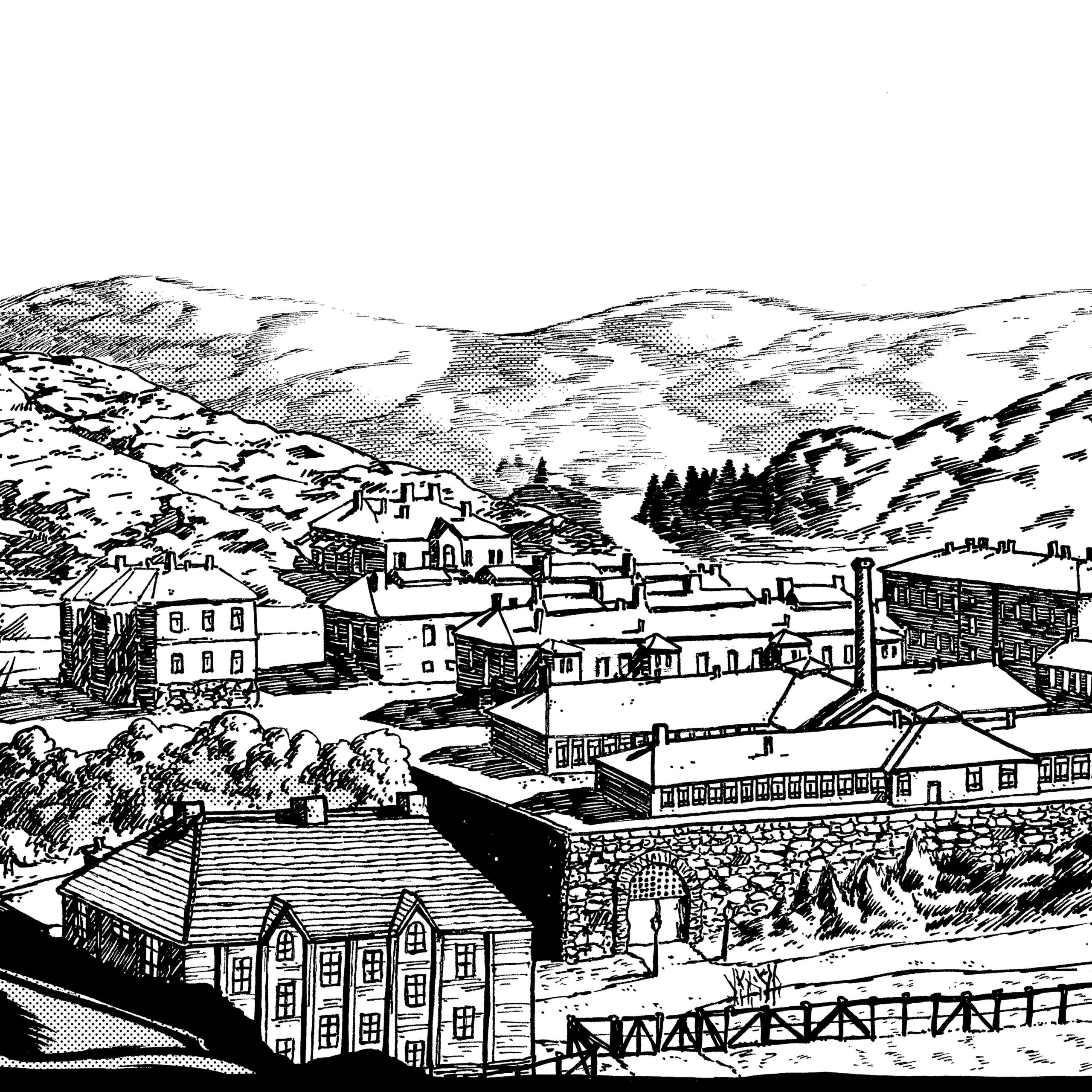 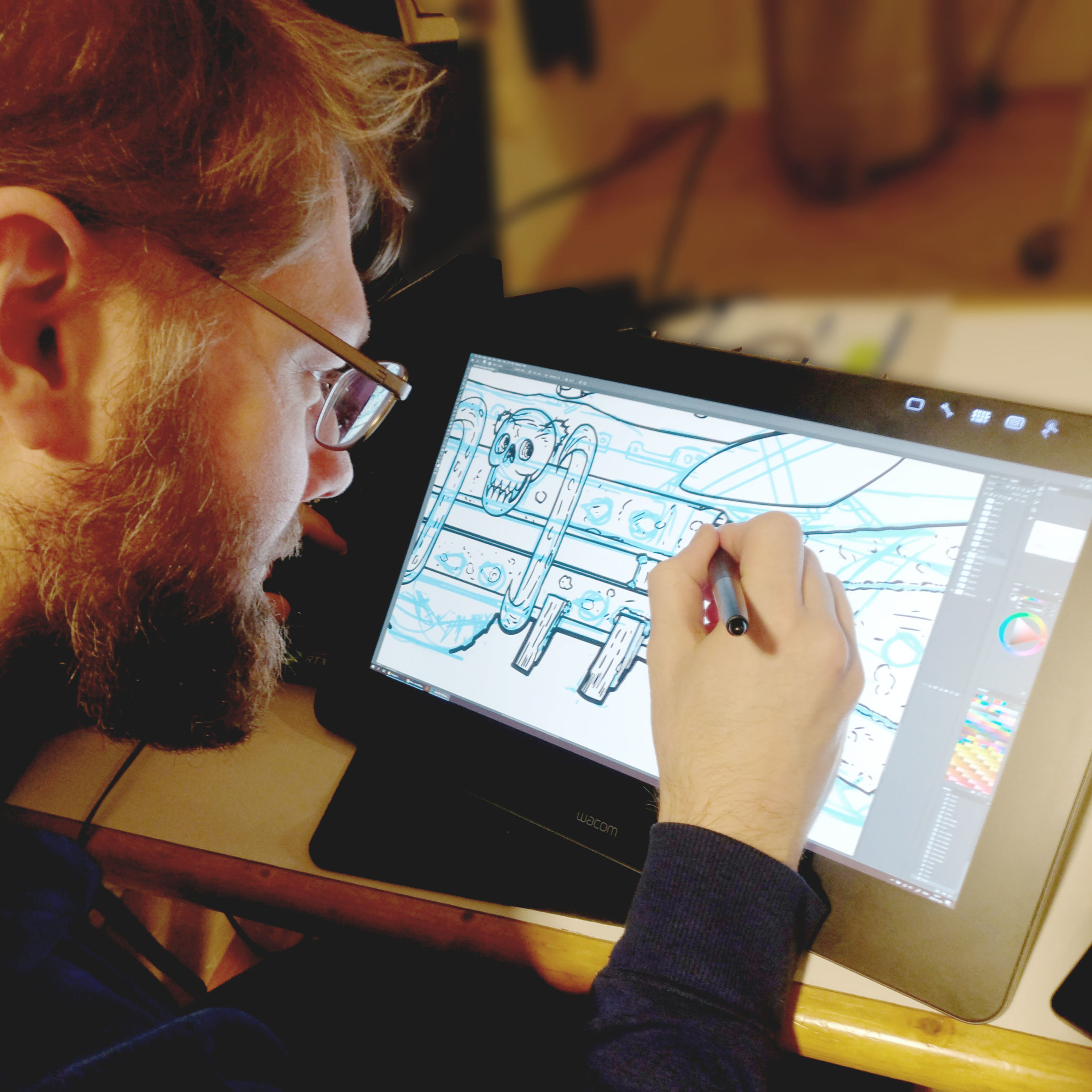 Robert & Berit Adventures is a love letter to Konstepidemin through the journey of two monster hunters in Gothenburg in the 1920s. The idea of creating a fictional horror story emerged during Felipe Kolb Bernardes’ stay at Guest Studio Robert in an art residency. This particular guest studio was home and work space to Robert Jonsvik, one of Konstepidemin’s founders. Felipe then met the artist Berit Jonsvik and decided to make comics inspired by the persona of her and Robert, mixing the real story of the epidemic hospital – which offers the perfect stage for this narrative – with mythical and folklore creatures. The current exhibition showcases a work in progress of the project, with pages of the first two chapters in English and Swedish. A sample of the comic book is available for reading in the gallery.

Felipe Kolb Bernardes is a Brazilian / German artist who moved to Sweden after living nine years in Japan. He is a passionate illustrator and storyteller who transitions between autobiographical and fantasy narratives. His practice includes animation, children’s books, and visual storytelling.