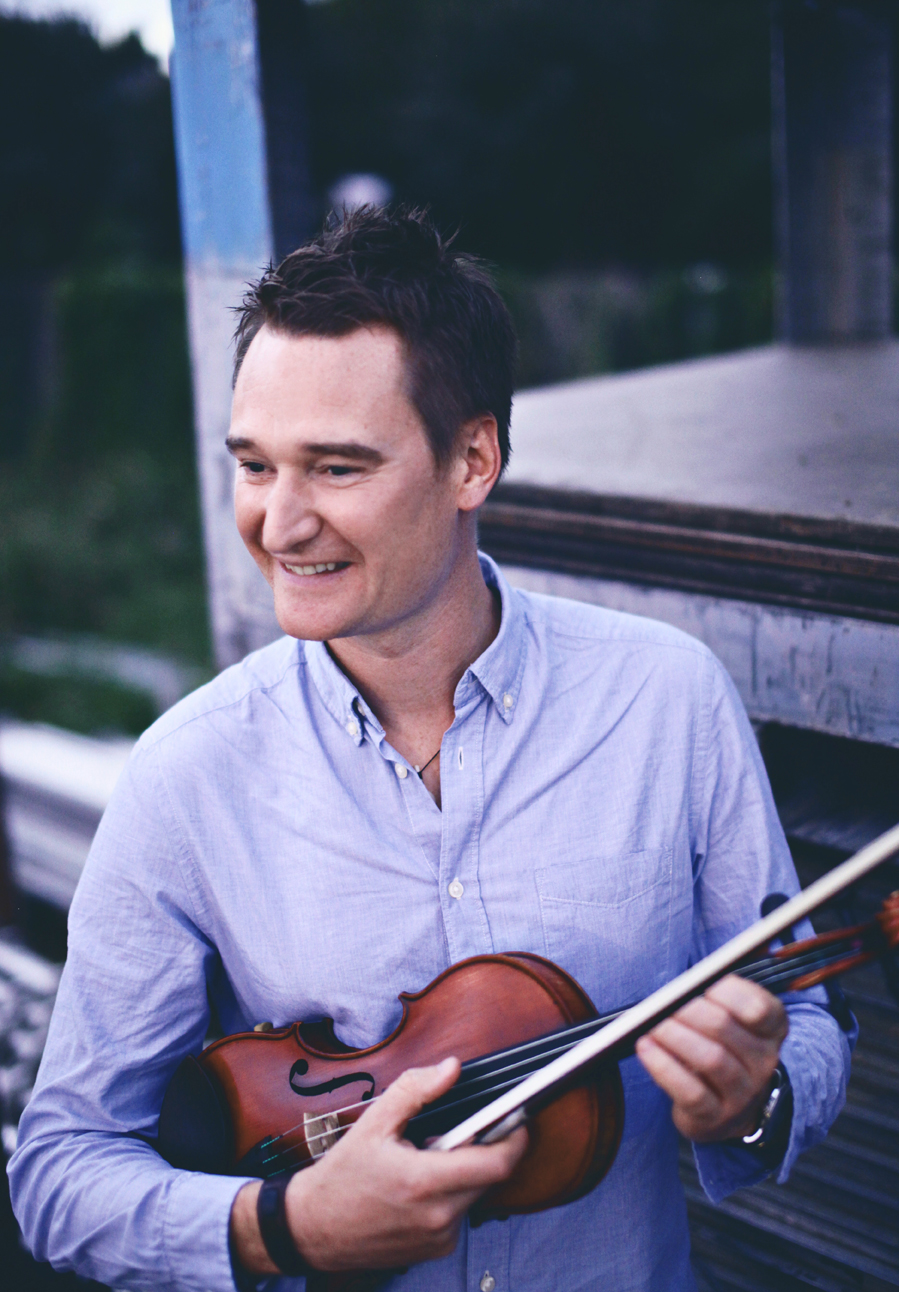 Kevin Henderson comes from the Shetland Islands, one of Scotland´s archipelagos with one of the richest fiddle traditions in the world. He is regarded as one of Shetlands finest fiddle players and is in hot demand playing with some of the best known groups and musicians in the folk music scene. He began playing the fiddle at the age of 9 taking private lessons with highly renowned Shetland fiddler Trevor Hunter and at the age of 10 studied under the late great Willie Hunter, arguably Shetlands finest ever fiddler. He is a founding member of award winning Shetland powerhouse, Fiddlers’ Bid, formed in 1991, has been a member of folk music legends, Boys of the Lough, since 2001, a member of Scottish super group Session A9 since 2004 and co-founded the Nordic Fiddlers Bloc in 2009.

In 2011 Kevin released his debut solo album, “Fin Da Laand Ageen” to great critical acclaim. The album was a celebration of Shetland´s traditional fiddle music and featured the fantastic playing of Mattias Pérez from Sweden on guitar and mandola. Such was the response to the album, and the duo´s take on presenting Shetland´s music, the duo now tour together. Kevin has toured extensively throughout the world including the US, Canada, Japan, Australia and throughout Europe. He has performed on TV and radio programmes all over the globe and has featured on many albums over the years.

Ian Carr is an English guitarist and producer from Yorkshire, who has performed with Swåp and The Kate Rusby Band.

He learned to play mouth organ at the age of three before going on to learn piano, piano accordion and rock guitar at the age of 13, since when he’s developed his highly original style of accompaniment. He cites one of his many influences as Peerie Willie Johnson. Until the late 1990s, Carr was a part of The Kathryn Tickell Band. He plays a Collings acoustic guitar in both standard and dropped-D tunings.