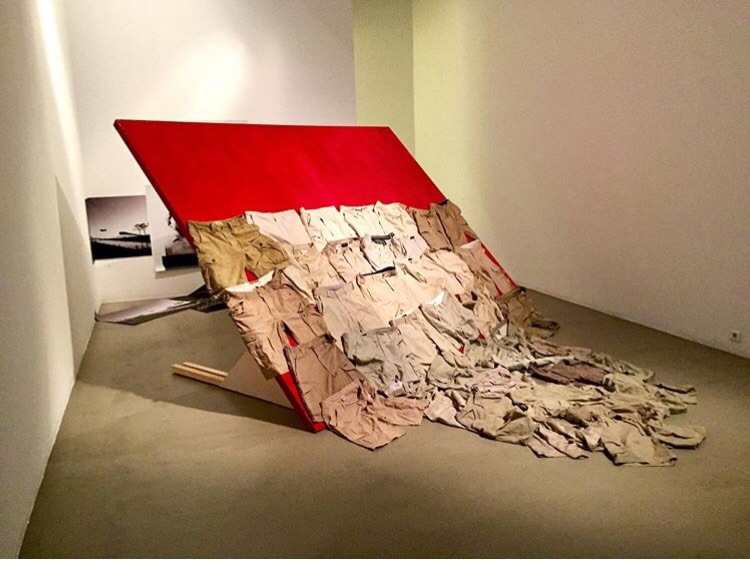 Proposal No 55 The Color of the Universe, Johan Zetterquist

Did you know that the universe is Beige? When Johan Zetterquist proposes that we should celebrate this fact, in his Proposal No 55 The Color of the Universe, he references a 2013 article in the New Scientist declaring that researchers have found that the color of the universe is beige (and not as they thought before, turquoise). It turns out that already in 2002 Ivan Baldry and Karl Glazebrook at John Hopkins University in Baltimore Maryland determined the cosmic color by combining light from over two hundred thousand galaxies within two billion light years of Earth. As I read, I realize that I can’t even begin to understand what that means, technically, practically, let alone what it might entail (I always thought of the universe as infinitely dark with a few specks of light here and there). However as someone invested in the production of culture and images, I recognize what an impact this kind of data can have on our collective imagination. Where spaceships once travelled like submarines through an oceanic or violet-red palette lit up nebulae and far-away galaxies, the new paradigm might have to be that of a desert rather the ocean. An infinite beige. Beige is dependable, conservative and flexible. It is a color often perceived as neutral, calm and relaxing. Thus the attributes and meaning associated with beige change based on the colors it accompanies. As summed up on Bourn Creative agency’s blog, beige offers some of the warmth of the color and some of the crisp and coolness of the color white. “While it is a relaxing color, beige is often seen as dull and boring”

Conceptual artist Johan Zetterquist devises proposals and designs for public space whose execution is one step removed from reality. His ambitious, absurdist proposals may take the form of texts, drawings, photography, models, performances, sound art and large-scale installations and sculptures both within and outside of the gallery. His subjects often exist within the urban context and confront our understanding of the distinction between “nature” and the man-made. Zetterquist’s surreal humor creates unconventional ideas: a permanently burning house on the edge of the highway, skyscrapers half-buried in sand, a “monument” that is actually a garden fence. His works rebel against societal rules and the orderly voice of public announcements, refusing conformity and rejoicing in hypothetical realities.