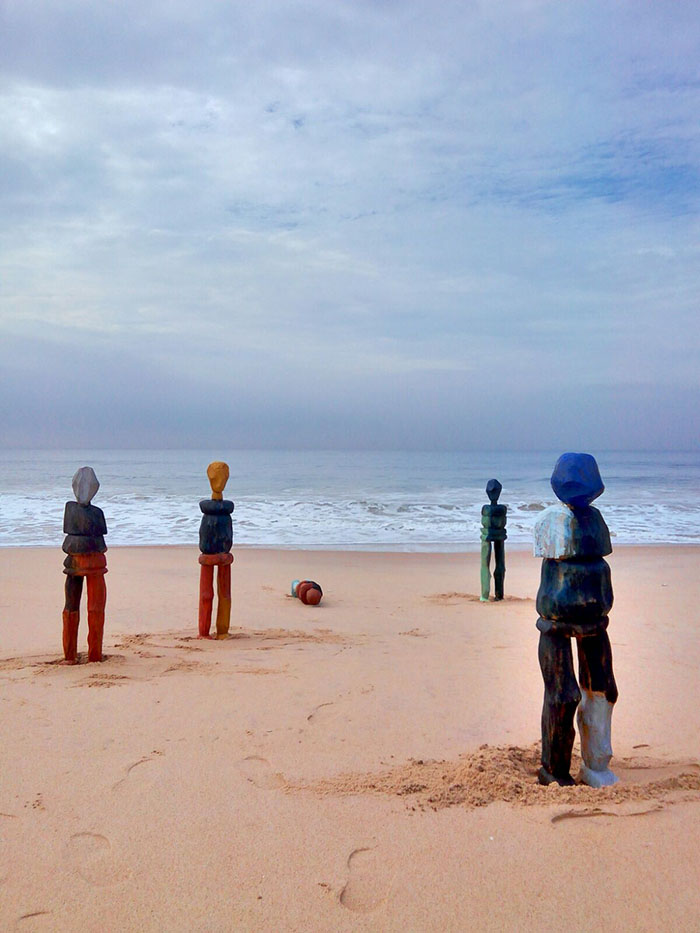 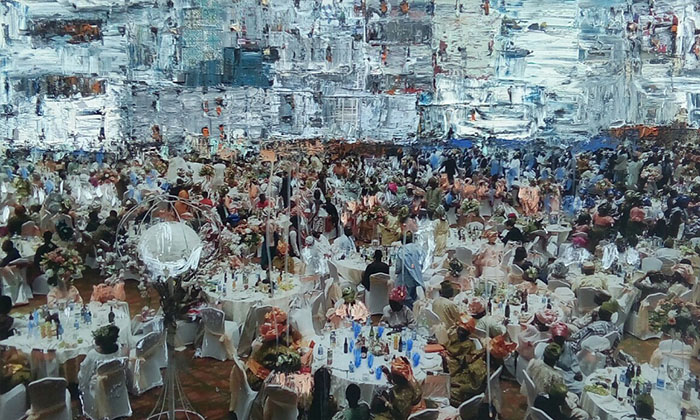 Alimi Adewale’s practice posit genres traditionally evoked in painting—such as portraits, landscapes, and  nudes but with a contemporary expression in a profusion of rich texture and often uncommon sculptural finish. Whether utilizing photography and oil paint (Owambe, 2015) or thick lump of oils mediums, ( House of Assembly 2013) that takes years to dry, Alimi mines the endless possibilities of a particular material to introduce an additional dimension into the work: that of time.

Imbued with their own mortality, his sculptures  cultivate the experiential function of art compare to the traditional African sculptures. Alimi incorporates elements of minimalism and abstraction   to create an oeuvre that is distinctly current, and as witty as it is macabre.

About:
Alimi Adewale was born in May 8th 1974 and he studied mechanical engineering in Ilorin, Nigeria. Interest in  art  spur going to exhibitions and he later developed his knowledge of art after graduating by undergoing various art workshops. Since the late 2002, Alimi has used his Art practice to explore and personalize urban issues allude to the lives of everyday city people, which are often neglected in the drive toward excessive urbanization, rapid modern development and the growing global economy.