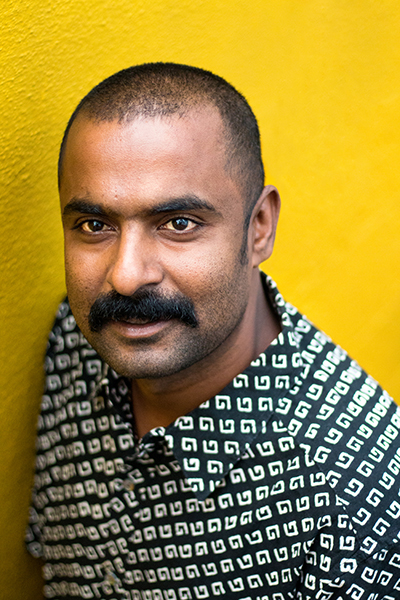 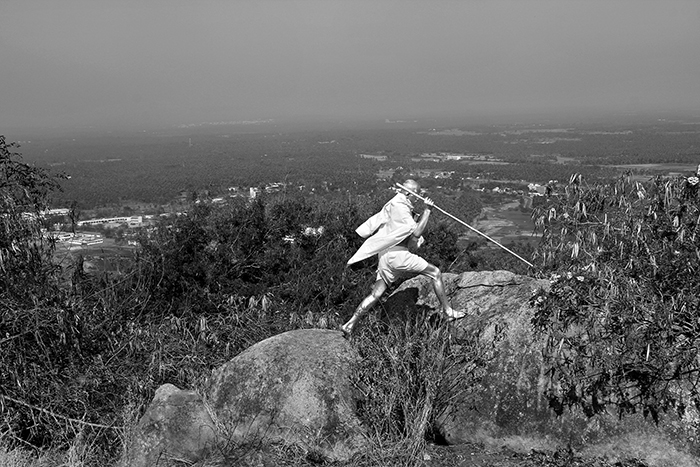 Cop Shiva is an artist from Bangalore, India and Artist in Residence at Konstepidemin April 3rd – June 20th 2017. He uses photography as medium of expression. He documents the complexity of rural and urbIndia. He focuses on people and portraiture as a genre, concentrating on ideas of theatricality, performance and disguise in contemporary culture. He is fascinated with the idea of masquerade and the roles people play in public and private. One of the most acclaimed projects involved documenting the life of a rural school teacher as a Gandhi impersonator. This project has evolved to include a broader reached, that is to look at Gandhi’s ideals in contemporary India.

Moreover, Cop Shiva’s portfolio includes a series of intimate portraits of urban migrants, people of alternative sexuality, street performers and others living in the hinterland of urban and rural conflict. Shiva continues to capture the diversity of humans who live on the edge and represent the spirit of our times.

ABOUT
Cop Shiva began his artistic journey by joining the alternative art collective 1,Shanthi Road Studio/Gallery in Bangalore as a coordinator for this space. A member of the Karnataka Police Department since 2001 (which is also where he derives his artistic name) Cop Shiva, since 2010, has been dedicatedly working as a photographer. Cop Shiva began to document the complexity of rural and urban India, focusing on people and portraiture as a genre. He is fascinated with the idea of masquerade and the roles people play in public and private. One of his most acclaimed projects, involved documenting the life of a rural school teacher, Bagadehalli Basavaraj, as a Gandhi impersonator. This project explores  the impact of Gandhi’s  ideals on contemporary India. In his body of work titled Ecstasy, set in Bangalore, he sets a panoramic view of the manifestations of myth and ritual, seen in the macro of society and the details of the ritual itself. These documentary images reclaim the threatened local identity by focusing on living traditions that are still part of urban life.

His recent portfolio, Street as Studio is  a series of intimate portraits of urban migrants, people of alternative lifestyle, street performers and others who virtually live in the hinterland of urban and rural conflict and thus Cop Shiva  powerfully represents the condition of our times.

Primarily represented by Art Heritage in New Delhi and Gallery Sumukha in Bangalore, Cop Shiva held several solo exhibition and his work has been included in several group shows, both in India and abroad, including Chobi Mela (2013) in Bangladesh and the Kochi-Muziris Biennale (2014). His photos have been featured in different magazines including Wall Street Journal, Tasveer Journal and WOZ magazine.  During 2016 he has been awarded a National Contemporary Art Award by the Ministry of Culture, has been finalist in the prestigious Robert Gardner Award by the Peabody Museum of Harvard University, and exhibited in The Frank Museum of Art in Columbus, Ohio. Most recently, Cop Shiva has been awarded the Iaspis residency program by the Swedish Arts Council, and the Studio Residency 2017-18 by Pro Helvetia Swiss Arts Council. Also during 2017 his work will be extensevely exhibit in a solo show in the Funfkontinent Museum in Munich Germany.