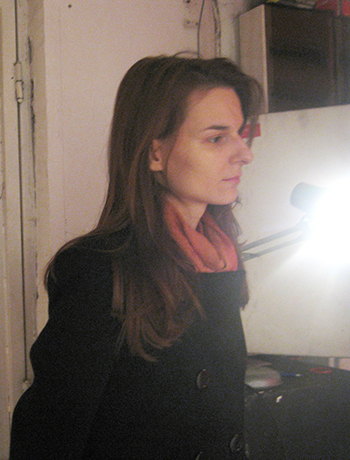 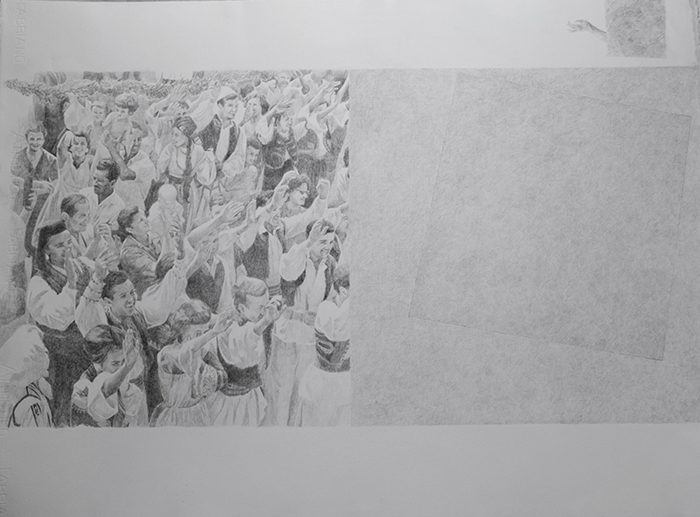 Marija Bjekic (Serbia) is a Visual Artist using drawing as a method to grasp and make sense of paradoxes and reality.

”I am mainly interested in reactivating and reflecting on utopian concepts and ideas of the 20th century – the ideas of progress in many fields, especially in art; but also of rejuvenation and overall reparation that surfaced after the Second World War. This is mostly influenced by socialistic conditions where the state and whole system relied on ideas of social justice. Growing up in a country that in 80ies relied its political system on sharing and equal conditions for everyone, left its mark on me. By comparing circumstances then and now im building an imagery that reflects these differences.

Collective but local memory is just one aspect of the work – I am creating an intersection between these historical and current events to bring forward a sense of society’s inner tensions, produced by the uncertainties of today’s life. Dealing with these concepts trough a prism of historic distance is liberating, it is helping me see them without their ideological interpretations they had at the time. My approach is in using both historical and contemporary images. Visual sources for my work are documentary photographs, film stills, project drafts, film posters and propaganda whose original context have mostly vanished. Also, private photo archives are important foundation for me, as they offer a glimpse into process of ad hoc memory construction. With the combination of these images my works purpose is to highlight the mechanisms through which our historic and cultural memory is formed. This web of cultural and historical references feeds our individual narrations whose effort is to challenge the collective contemporary stories that are imposed on us.

I’m using drawing as the most fundamental practice and a way to grasp and make sense of paradoxes and reality. The drawings are made using graphite and are intentionally pale and “soft”. The process is meditative and slow as a contrast to the (mainstream) way of living where rush and overproduction is celebrated.”

Marija Bjekic Born in Belgrade, Serbia, 1979. Graduated (MA) in 2007 from the Faculty of Fine Arts in Belgrade, University of Arts, Department of Painting.