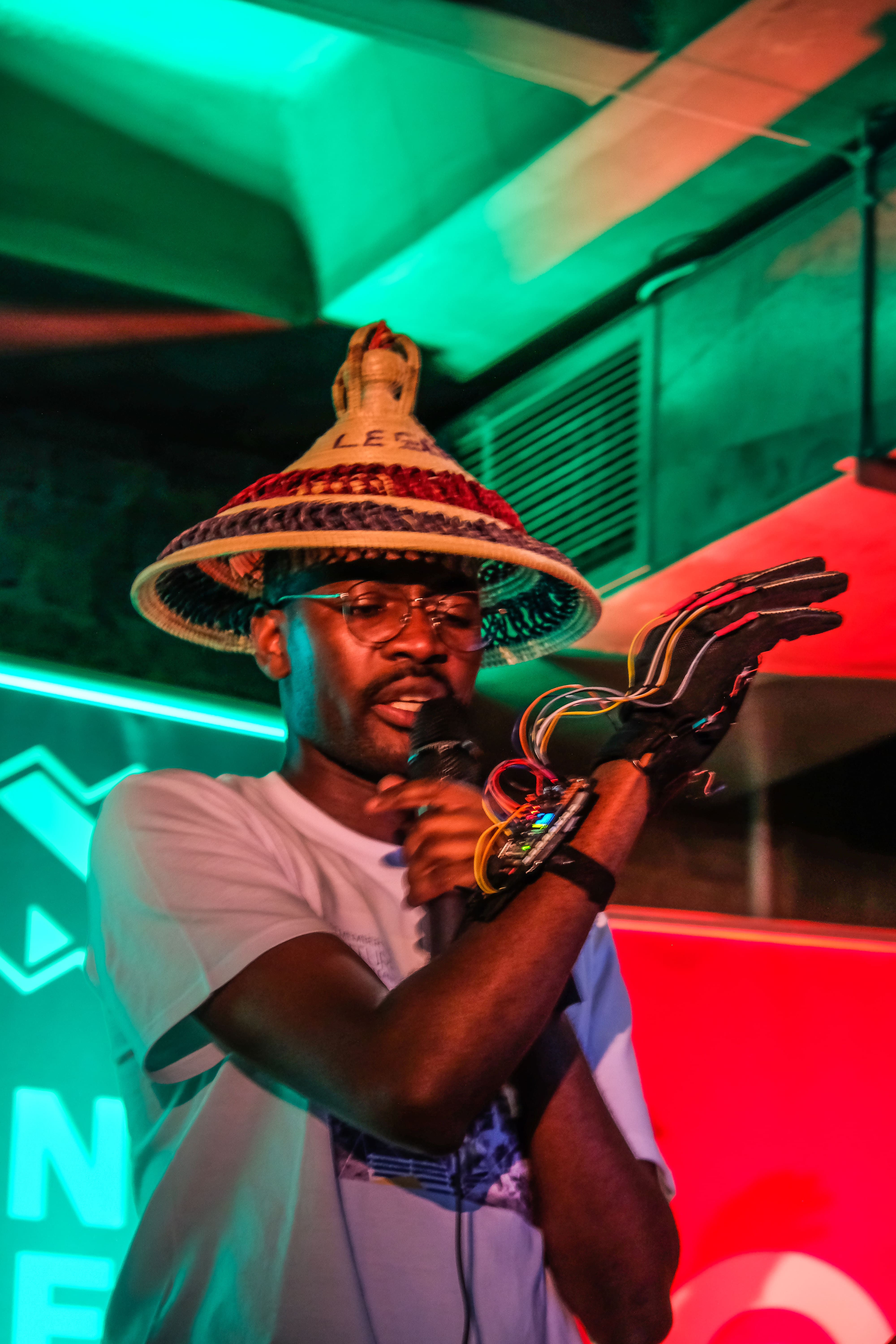 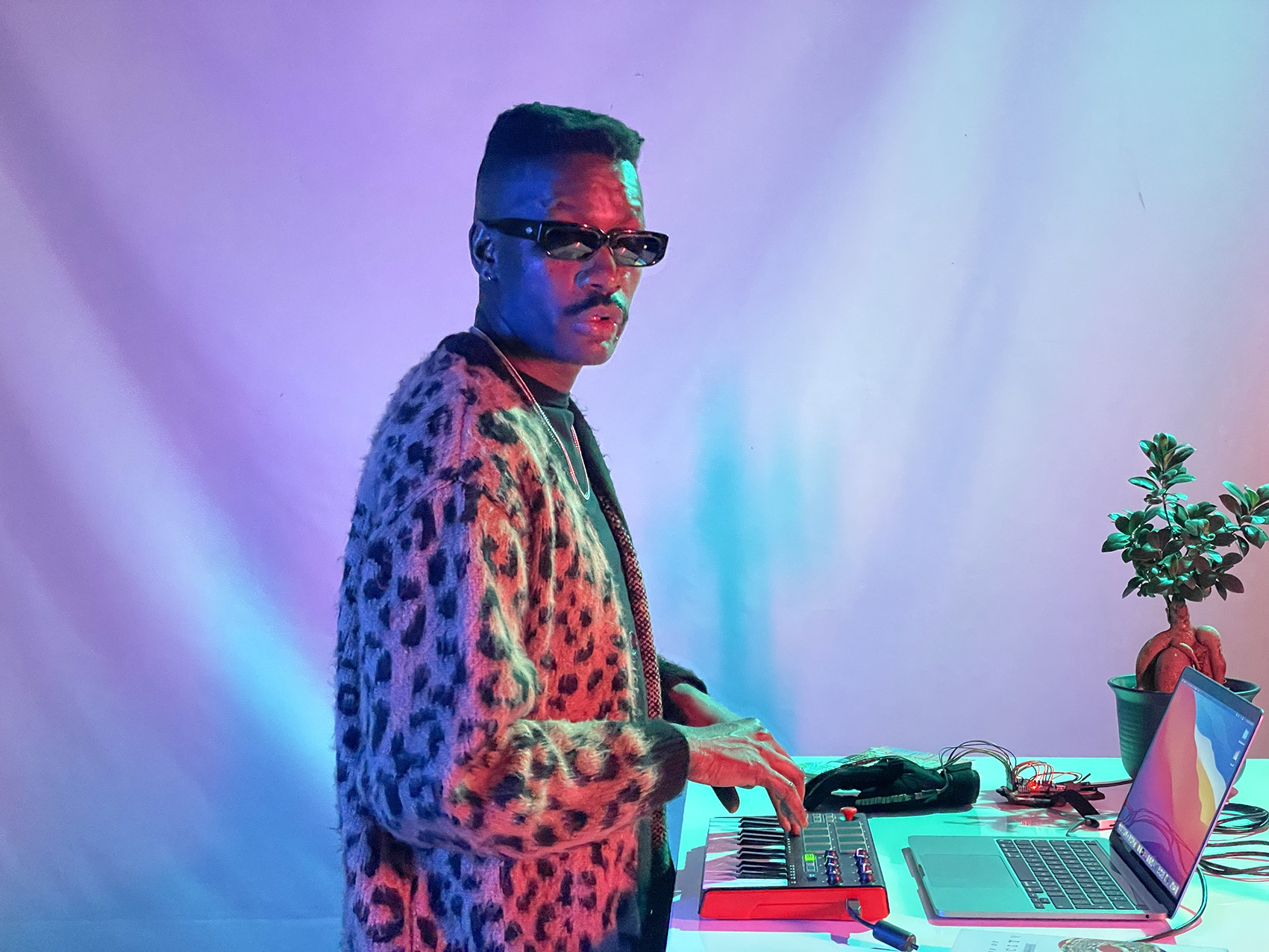 Mark Mushiva is a multidisciplinary artist whose work is informed by the constructed genre of Afro-anarcho-crypto-Marxism – the conceptual idea that African appropriation of computer technology provides a unique opportunity to disrupt state-sponsored capitalism as a status quo. Born in a soviet supported war camp in Lubango, Angola during the Namibian liberation struggle and professionally trained as a computer scientist, Mushiva fuses Hip Hop and technology subcultures to produce new visions of what a black-inspired, part capitalist, part socialist world driven by technological progress and engineering speed would look and sound like. These ideas are currently being pursued in his upcoming music film project ‘Turbo Summation’, a combination of visual and sonic creations that sensitise the tourist eye and ear to new interpretations of what could be called Afro-accelerationism, the idea that in the hopelessness of capitalism the promulgation of new technologies by African peoples can offer a tipping point that forces the world to embrace a hybrid social order of free enterprise and socialist protections.

Mark Mushiva is a multidisciplinary creative technologist, inventor, and hip-hop arrtist whose work exists at the intersection of computer science and art. One-third of the award-winning Hip Hop poetry group Black Vulcanite, Mark’s work incorporates novel technologies such as computer vision, sound synthesis, and robotics to enhance the performative aspects of artists. He has a Ph.D. in human-computer interaction from the University of Trento, Italy, and is currently a final-year scholar with the European Institute of Innovation and Technology (EIT) where he researches business models for gaming technologies. In his creative practice, Mark works with traditional non-technical communities to co-create new socio-technical experiences.