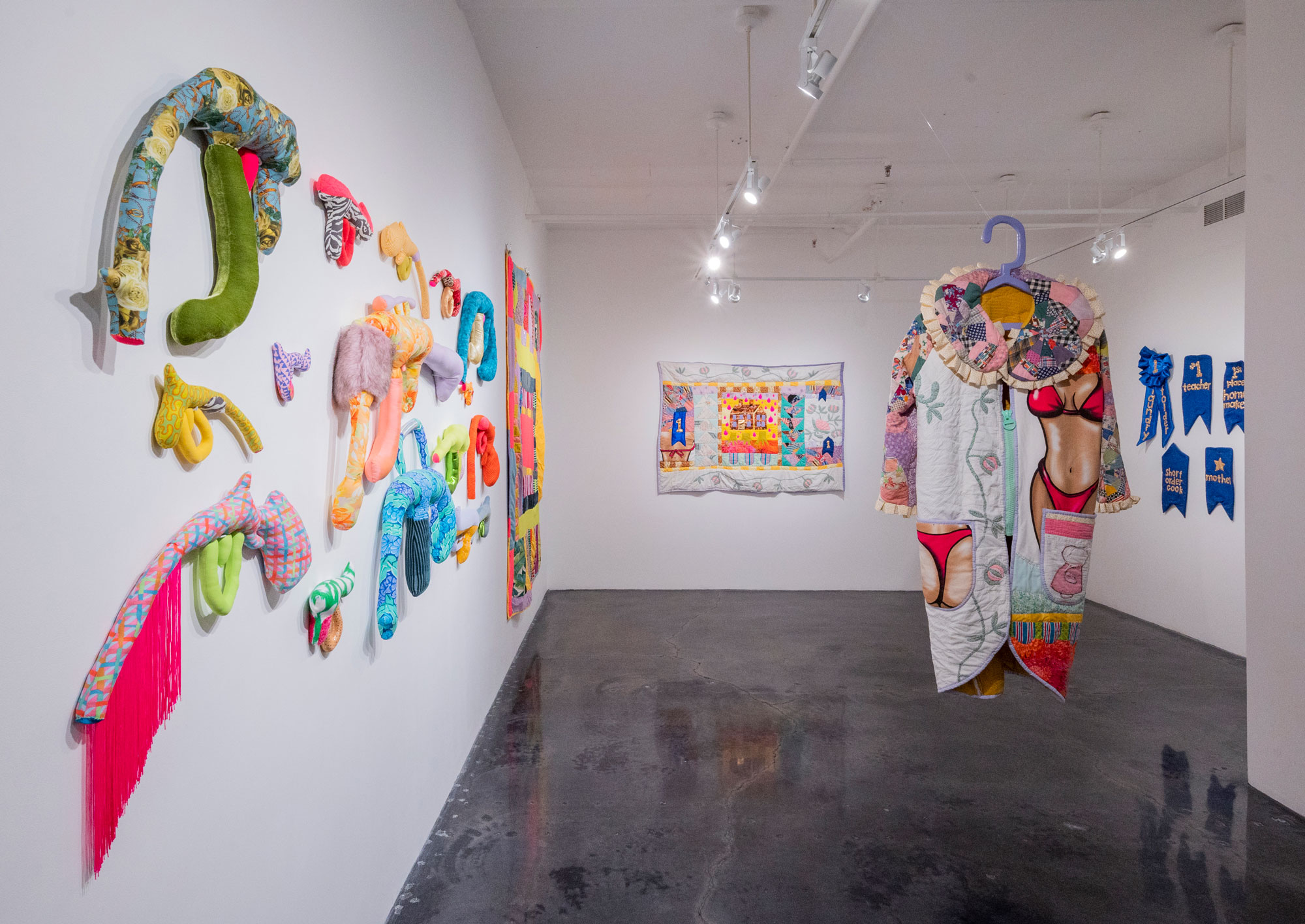 Natalie Baxter, installation shot of Homefront, a solo exhibition at the International Gallery of Contemporary Art in Anchorage, Alaska, 2021 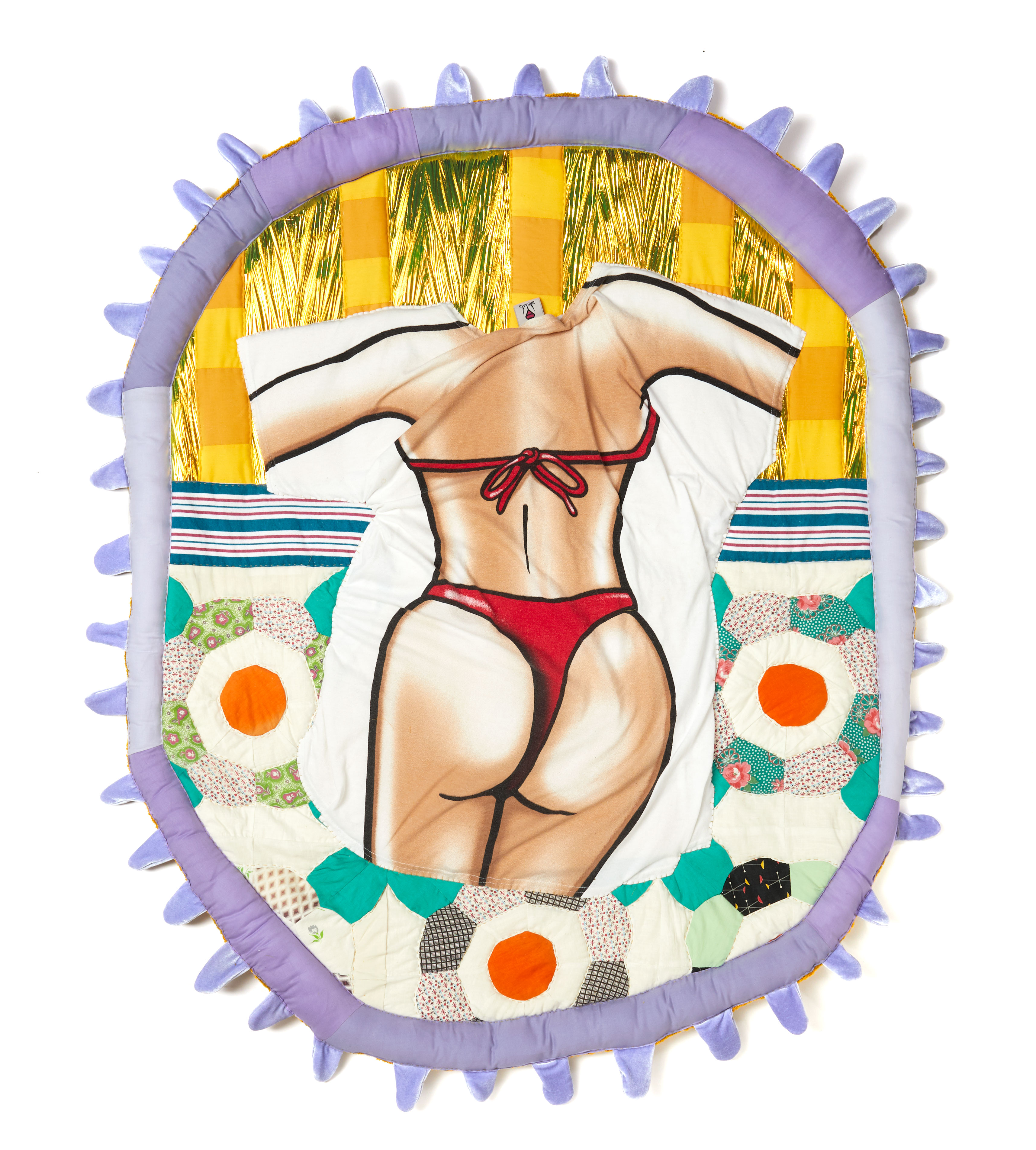 My work playfully pushes controversial issues that have become points of division in today’s social and political landscapes. Through re-creating symbolic Americana objects, I explore themes such as the debate over gun control, gender roles, the digital rise of hate speech, and patriotism. Converting approachable, recognizable objects into those familiar in shape, but shape alone, creates a cognitive dissonance that catalyzes perspective in the viewer.
I work with a variety of mixed media and found objects, but predominantly with fabric. Using quilting and sewing techniques learned from my maternal grandmother, I create soft sculptures and quilted wall hangings, often working in series. Warm Gun is a collection of colorfully quilted, droopy caricatures of assault weapons that question the specifically American gun violence epidemic in relation to masculinity. Alt Caps explores the culture of online commenting and gender. Pulling text from reactions to a negative article written about my work on Glenn Beck’s website, The Blaze, I turn the numerous reactions that question my gender, sexuality and sanity into banners that echo those made by suffragists or recent protest signs. Newer series, Ribbons and Housecoats, look at invisible labor, the weight placed on mothers during the pandemic, as well as a homage to homemakers of the past.

Natalie Baxter (b. 1985, Kentucky, USA) explores concepts of place-identity, nostalgic americana, and gender stereotypes through sculptures that playfully push controversial issues. Baxter received her MFA from the University of Kentucky in 2012 and a BA in Fine Art from the University of the South in Sewanee, TN in 2007. Her work has been exhibited in galleries and museums internationally with recent shows at Denny Dimin (New York, NY and Hong Kong), The New York Historical Society (New York, NY), Torrance Art Museum (Torrance, CA), Material Art Fair (Mexico City, MX), Institute 193 (Lexington, KY), Yale University (New Haven, CT). She has been an artist in residency at the Wassaic Project, Stove Works, a fellowship recipient at the Vermont Studio Center, and twice awarded the Queens Art Fund Grant. Press for Baxter’s work includes, The New York Times, The New Yorker, Hyperallergic, The Guardian, and Bomb Magazine.