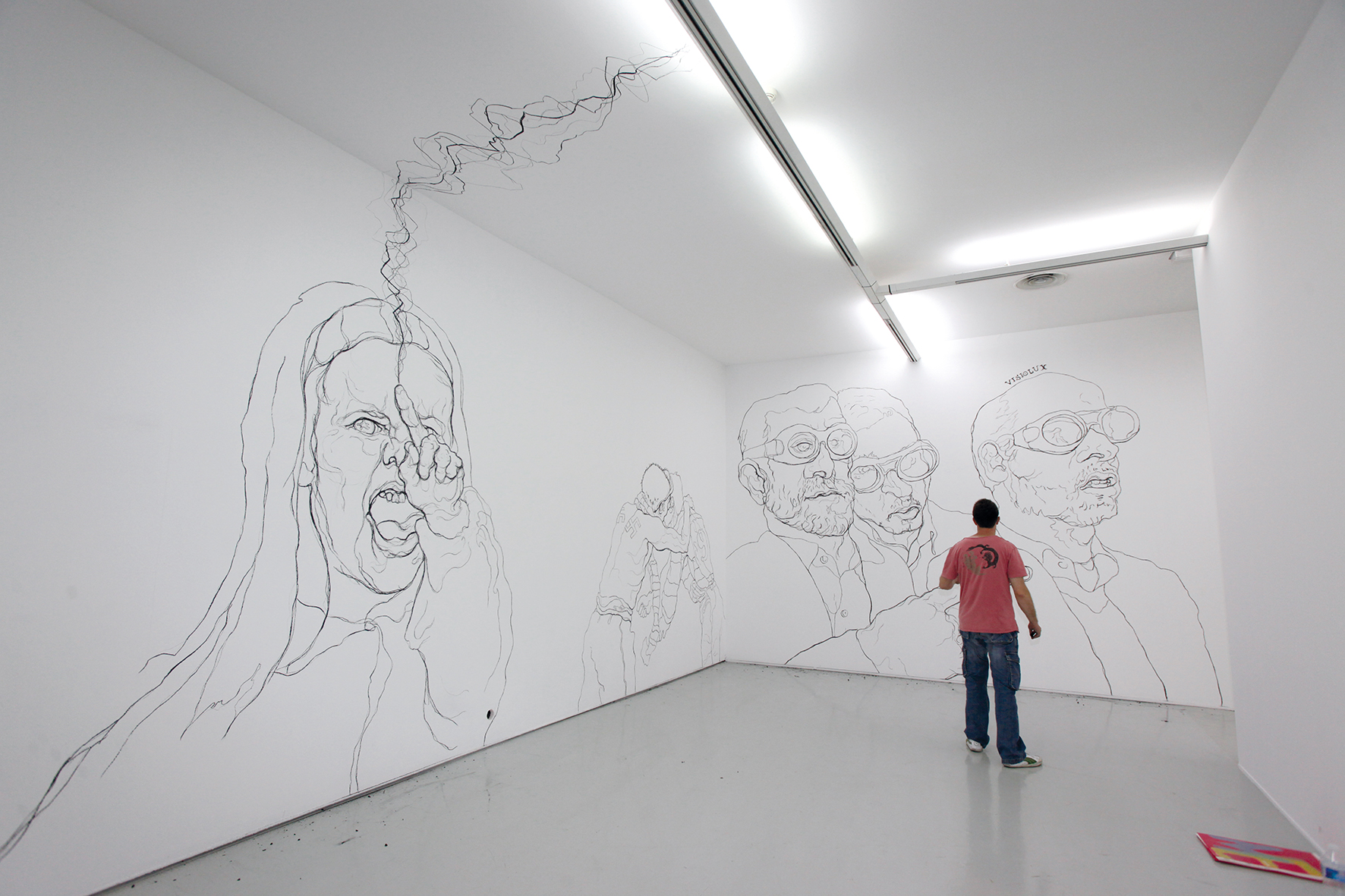 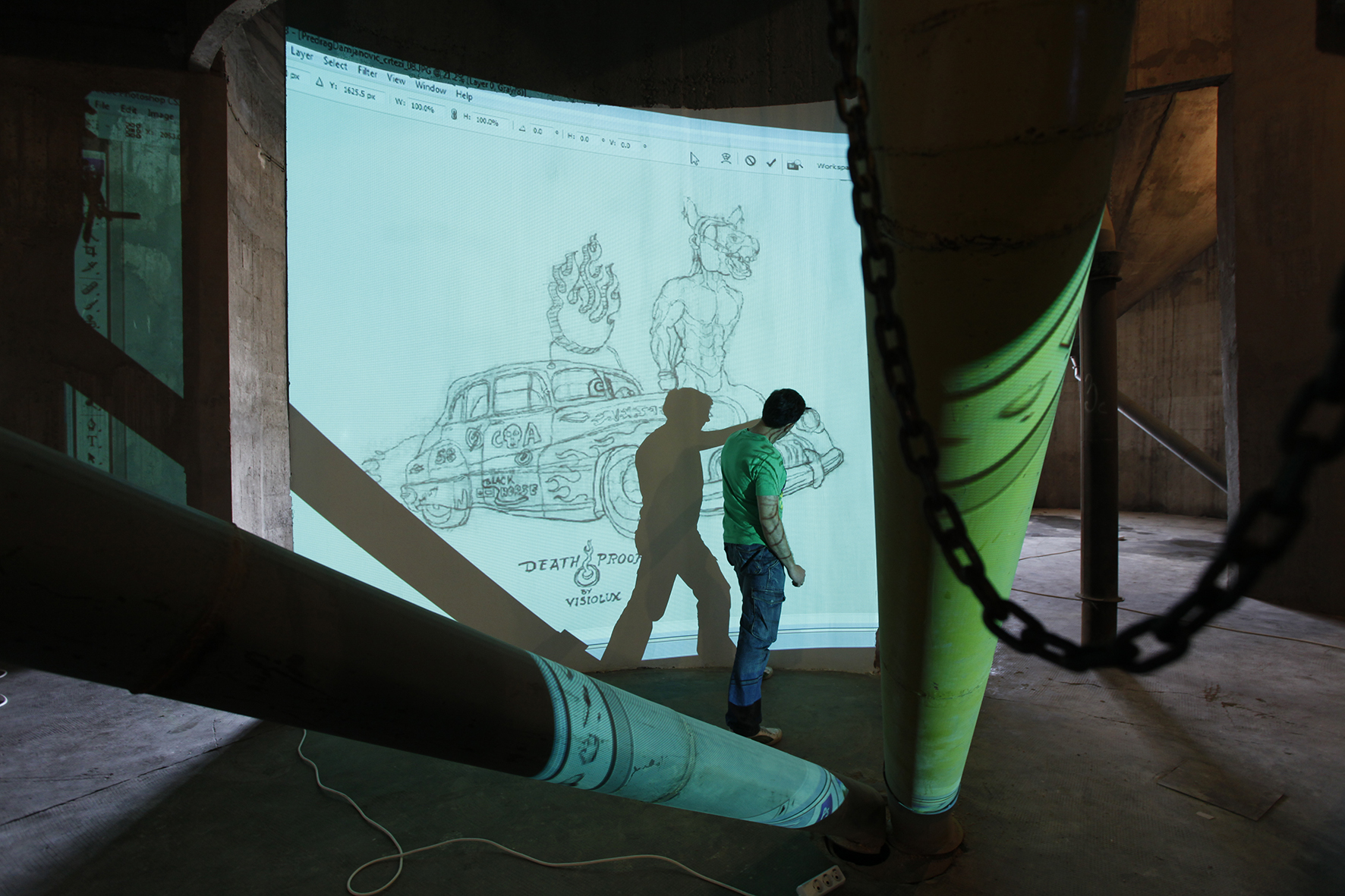 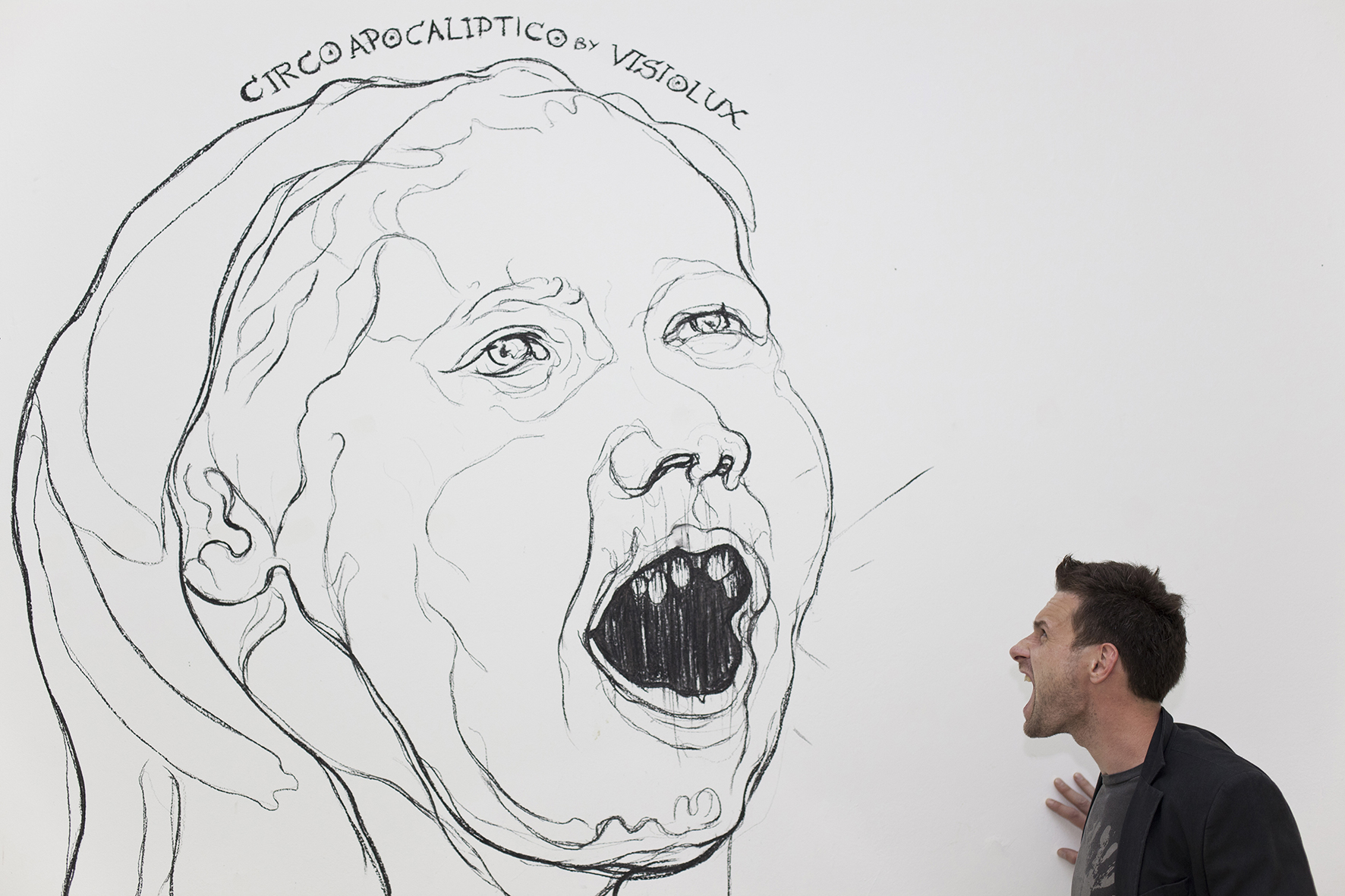 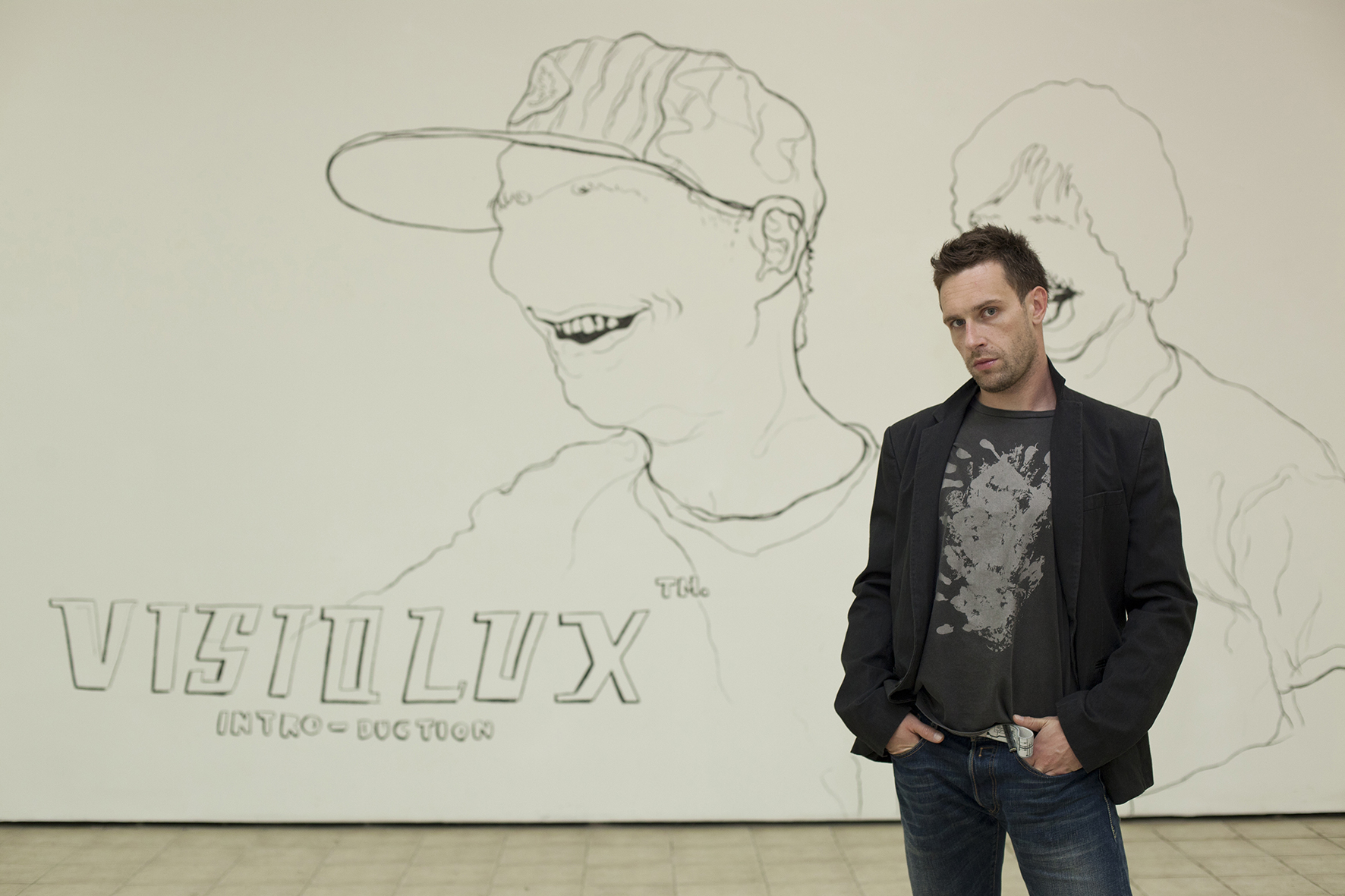 Concerned with contemporary social problems I raise the question: to what extent do powerful ideologies and discourses of power shape our reality in a way that the ideological concepts look so natural, logical and so desirable to us?

My project proposal consists of a series of art works that visually represent invisible forces that affect our worldly experience. It could be the mysterious ways in which today’s predominant cynical ideologies are in play, or the necessary fantasy toward the real, or visual media simulations, nevertheless I am guided by the questions: to what extent is it possible to step out of the established ideological framework? Whether and to what extent is personal autonomy possible? And is there any effective point of critique? Is there a soul?

I am using contemporary media representations playing with them as a possibility of a critical comment from sociological and psychological point of view.

Practicing ”the old, half-forgotten art of ideological criticism”, philosopher and psychoanalyst Slavoj Zizek, in one of his lectures presents a thesis in which he defines the way in which ideologies function today. In global context, we live in the age of a post-political, post-ideological consensus based on the acceptance of the capitalist market and liberal state order as the organizational foundation of society. Western dominant neo-liberalism is functioning more and more as an ideology, by implementing the logic of the market; it operates through educational institutions and the growing privatization of the public domain. Such a cynical ideology functions in a special and an almost mysterious way; one can be critical, fully aware of ideological cynicism, but at the practical level, he acts and implements as if he believes in ideological settings. Illusion is not in our, reasonable, rational acceptance of reality, the illusion lies in the sphere of belief and action. If the previous critical thesis was ”They do not know what they are doing but they still doing it (Marx – capital Vol.1)”, the new thesis would sound ”They know exactly what they are doing, but they still nonetheless doing it ”. Through such pessimistic prism the question arises: where is the position of the effective criticism? Where is the possibility of change if today’s cynical ideology is not subjected to critical discourse?

My work consists of a series of drawings, mixed media art works, paintings, installations, videos that in an ironic, critical and grotesque way represent contemporary social phenomena today. I am inspired by presentations and visual quotes which I find in contemporary media – the Internet, movies, magazines, social networks, etc.