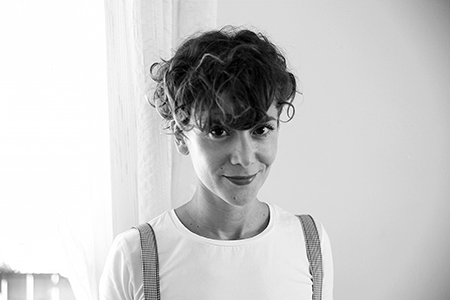 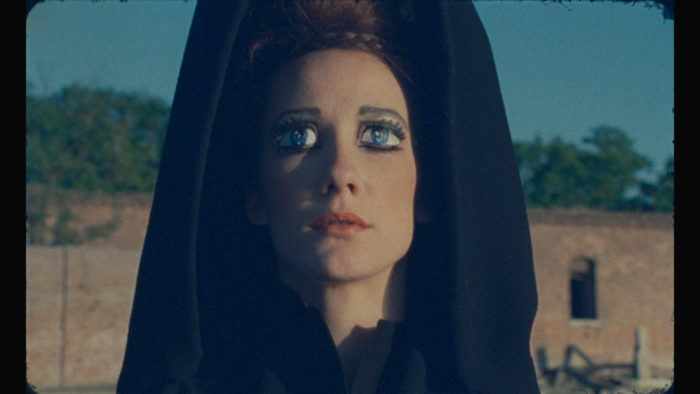 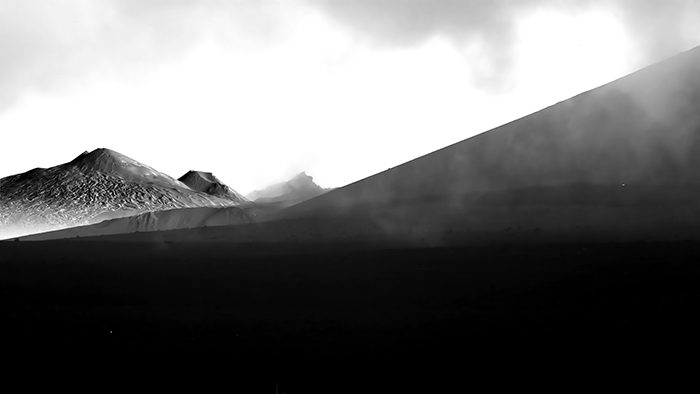 Sara Tirelli (Italy) is a filmmaker and artist whose work lays along the border between art and cinema. Sara Tirelli is currently working on a VR installation within the Artist in Production Residency at Kostepidemin thanks to Borås Museum of Modern Art, Kultur i Väst, Region Västra Götaland and Iaspis, the Swedish Arts Grants Committee’s International Programme for Visual and Applied Artists.

”I’m interested in the cinematic experience understood as perceptual and cognitive process and in how the collective imagery and technology shape and redefine the concept of “Reality”. My art practice approach technology not only as a means of representation, but as the object of investigation. I’m interested in the archeology of the media and the phenomenology of vision to research the processes that define ”the act of looking” and the links between ”what is perceived” and ”what is real “. My work is often a critical reflection on media’s power to influence the forms of thought and it is moved by the will to search for historical and political reasons that are hidden behind certain narrative and aesthetic choices.

As filmmaker I explore unconventional modes of representation and storytelling and I approach the moving images practice both as means of exploration and as means of interpretation and artistic representation. My creative process is based on ’observation of the real’ and often adopts an anthropological approach in the research phase and exchange with the field that interests me.”

With a practice that is grounded in film and performance, Sara Tirelli has created an artwork that is a dystopian vision of the city of Venice, ”Cassandra”. Shot in 16 mm, the video uses the aesthetics of “found footage” to blur the perception of time, evoking the idea of Venice as a city of future past, in which the present contains both traces of the past and visions for the future.  The video stresses the catastrophic impact of cruise ships’s transit in the Venice’s area that are increasing pollution and poisoning the citizens to a point of no-return. The main character, Cassandra, appears as survivor, witness and prophet, moving on a fragile boat on a wasted lagoon, blaming the disaster that has finally destroyed the city. This ultimately leaves space for hope that measures can still be taken to avoid the catastrophe, turning Cassandra’s lament into an urgent, desperate cry for love and action.

Sara Tirelli (1979) is a filmmaker and artist. She received her MFA in Visual Arts at Faculty of Human Science at University of Bologna, Department of Art, Music and Performing Art in 2003 and in the same year she obtained her Filmmaker Diploma at Scuola Civica di Cinema e Nuovi Media, Politecnico di Milano. She began her career as videomaker for new media art in the Netherlands, V2_Institute Rotterdam and in Germany, Transmediale Berlin, before settling in Venice where she was selected as artist in residence at Fondazione Bevilacqua La Masa in 2010. Her professional activity ranges from artistic projects to commercial productions such as music videos, ADV, and documentaries. Her videos and artworks have been featured in several exhibitions and festivals including Q16.Quadriennale d’Arte of Rome, 12th International Architecture Biennale of Venice, Rotterdam Film Festival. Her artistic research explore the processes of visual perception and the links between technology, culture and media. Sara lives and works between Venice and Rome.