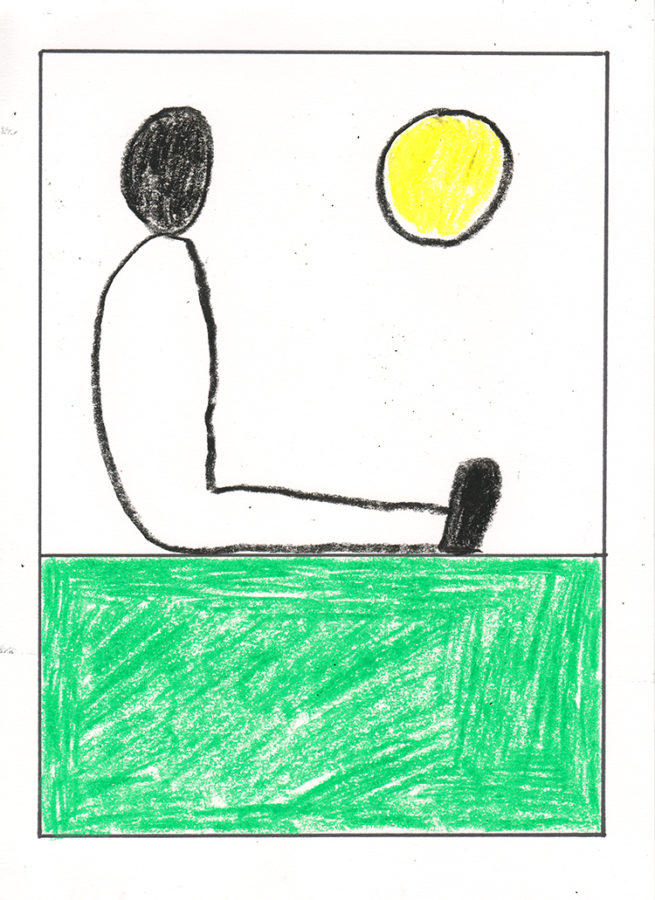 Ekta is the moniker used by Swedish artist Daniel Götesson (b. 1978). Artist first, but also animator, sculptor, designer and illustrator, Ekta has been able to challenge traditional categorisation by – regardless of context – adhering to a clear artistic vision and firm integrity. Ekta’s work has been exhibited all over Europe. Götesson’s art is an endless string of variations, progressions, evolutions and involutions, a coherent incoherency of approaches and a recurring process of creation and destruction which evades and completes at the same time the contradictory ideas of perfection and failure. The production of the Swedish artist could be seen as a rhythmical and relentless fluctuation between two extremes. In his work a strong need for boldness, bright colors and perfect composition comes necessarily along with the desire for its destruction by a craving for roughness, violent gestures and by a fascination for the aesthetically unpleasant. Driven by the need of moving forward, of challenging materials, rules and aesthetics, Götesson has never lingered into easy choices or repetitions, but he has instead chosen to allow himself and his practice to step into the world of the unexpected which is where an artist can find the best intuitions, but also has to embrace uncountable failures. Engaging in an uniquely brave process of creation and destruction, of perfection and self sabotage, Ekta does not search neither for a breakthrough nor for a pleasing solution because there is no need for a chorus on a melody which already finds its strength exactly in its uneasy balance, shifting aesthetic and relentless process.

Daniel Götesson (Falkenberg, 1978), known as Ekta, is a Swedish artist, currently based in Gothenburg, Sweden. His works have been exhibited all over Europe and have been published in countless art-books and magazines such as The New York Times and Juxtapoz Magazine while his murals can be found across the continent in countries such as Italy, Croatia, Poland and England. Amongst other projects, Götesson has recently worked on several public art commissions of varying scale for various municipalities in Sweden and collaborated with some of the most respected fashion brands and projects as The Göteborg International Film Festival, Converse and Marni. / Mattia Lullini & Alina Vergnano