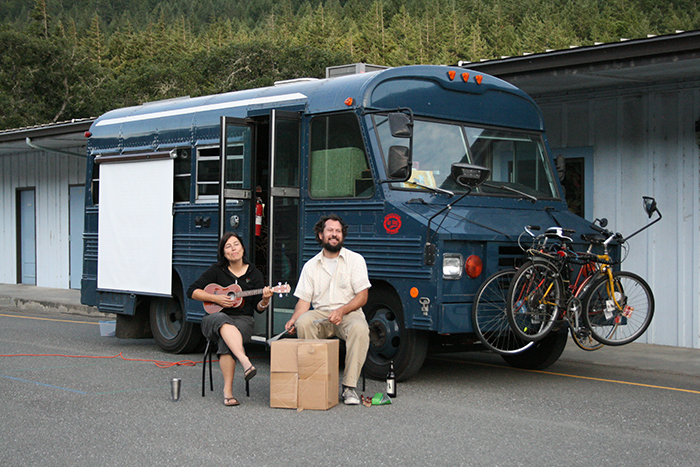 Lisa Marr and Paolo Davanzo are filmmakers, educators and community cinema activists whose work is a catalyst for creative collaboration and positive social change. Originally from Canada and Italy respectively, they currently live and work in Los Angeles where they run the Echo Park Film Center, a non-profit neighborhood media arts center with a focus on analog film education and resources. In 2008, they launched the EPFC Filmmobile, an old schoolbus transformed into an eco-friendly cinema and film school on wheels. As The Here & Now, Marr and Davanzo travel the world, bringing handmade movies and music to the masses.